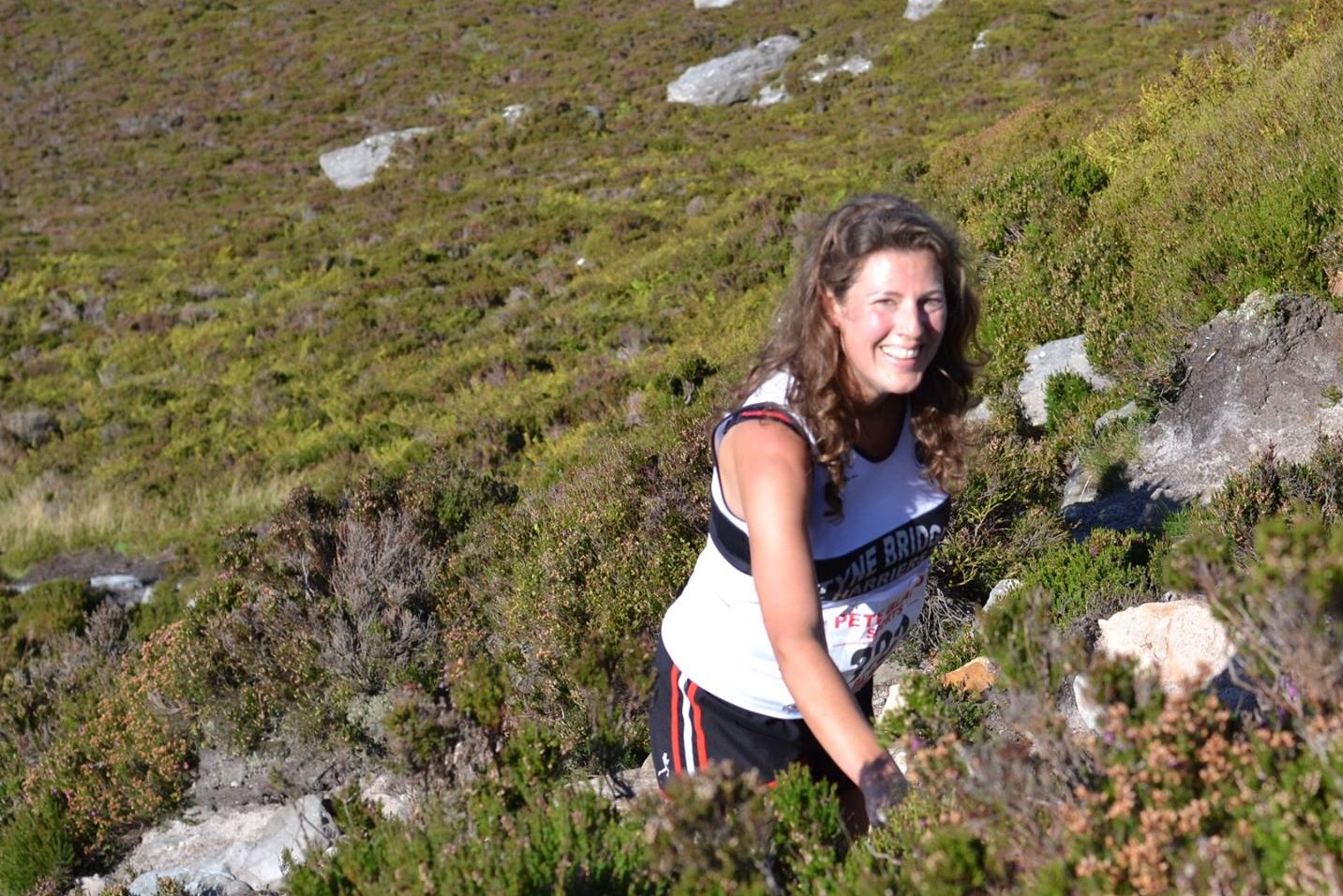 I have just run the most glorious race.  I decided to enter lying on my bed last Sunday broken from the heat and monotony of the GNR – the race that got me into running 5 years ago and which I used to love.  Deciding I needed the running equivalent of a palate cleanser I was sold by Matt Walker‘s promise of a river to run through at each end.  That, plus Thropton Show featuring rude vegetable competitions, and the entertainment of drunken locals being tannoyed out of the beer tent to participate in space hopper races.

My enthusiasm was somewhat dented en-route by: a) an elevation profile of the race which resembled a great pyramid; b) the news that the normally knee high river would this year come up to my waist; c) hearing that the climb down from the crag at the top though short was semi technical (I suffer from vertigo); and d) the realisation on warming up that my right thigh was really actually quite stiff and sore and I was still bloody knackered from last week.  Having never had a DNF I seriously considered a DNS in favour of participating in the quoits competition – or hell even the wrestling.

But readers, I did start and I was not disappointed.  From Thropton Show the race follows a country road and then passes through the River Coquet (indeed waist height and breathtakingly cold) up through fields, along a farm track, through a pine forest, over a boggy heather moor, up a boulder path before climbing up to the crag via steep rock steps.  Now it is fair to say that I did not run all of this – in fact I doubt that anyone did.  Some parts are too steep, some too uneven under foot and some both.  But the advantage of that is that you really do get the opportunity to take in the fantastic views. 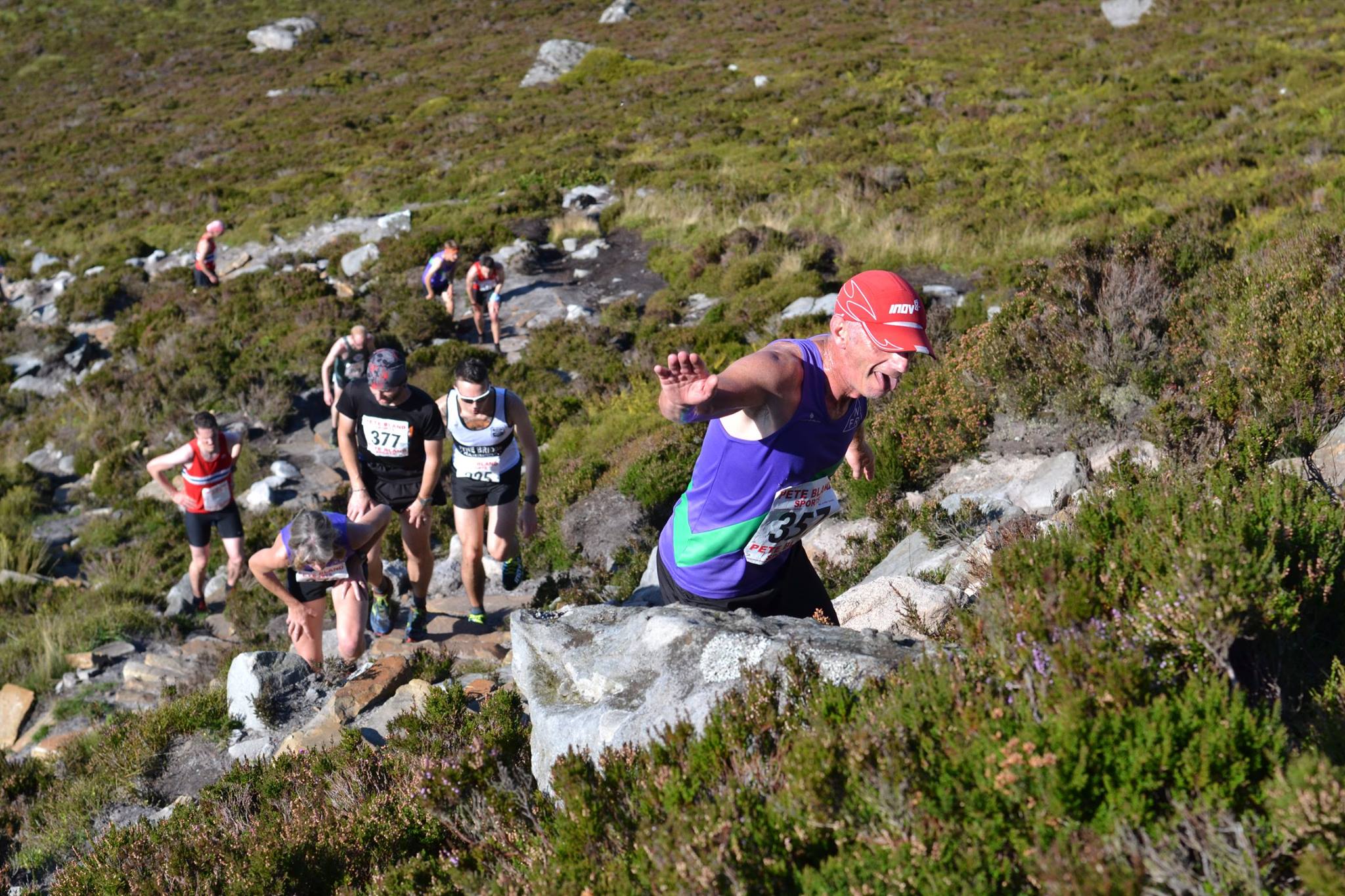 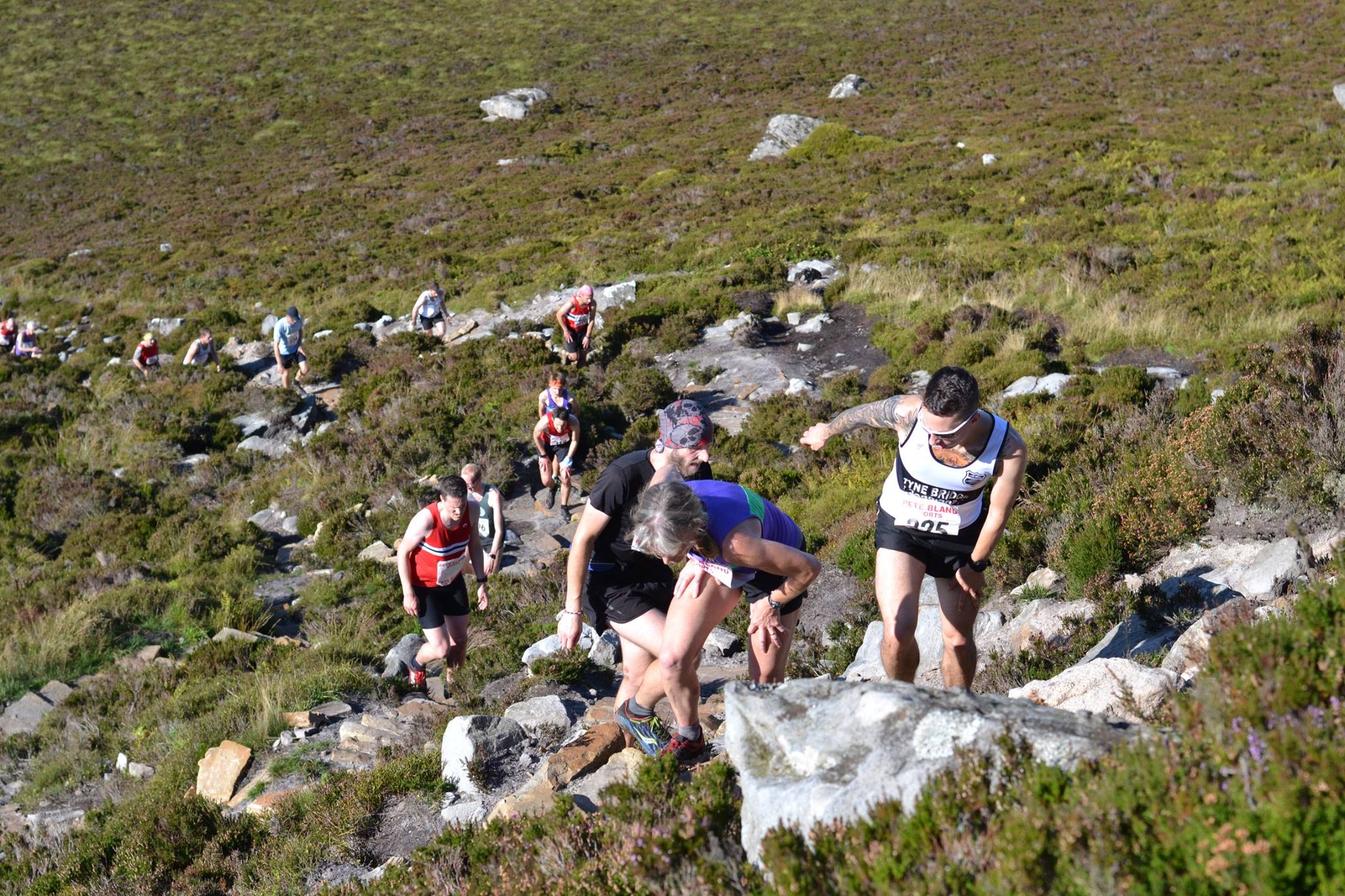 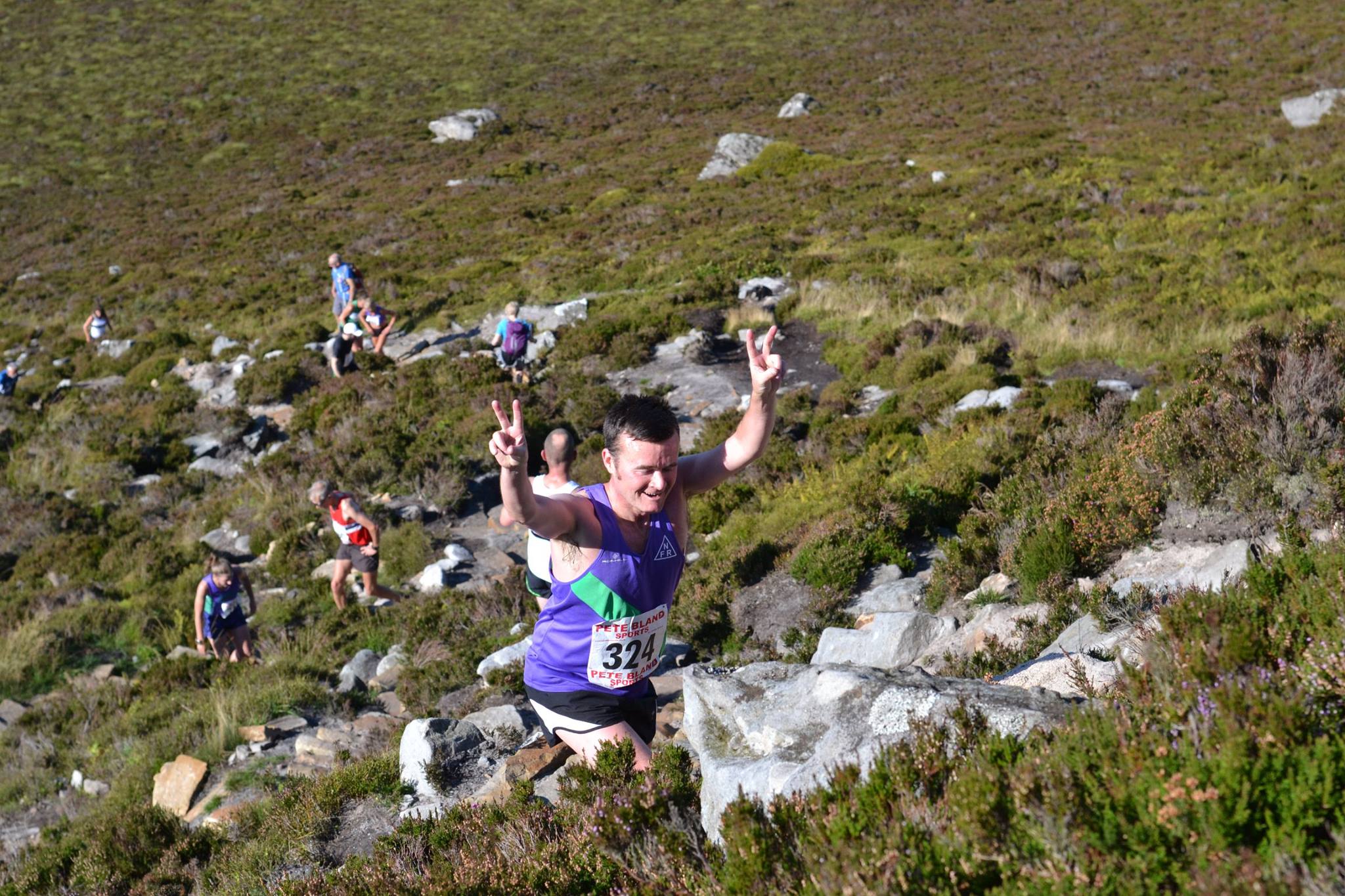 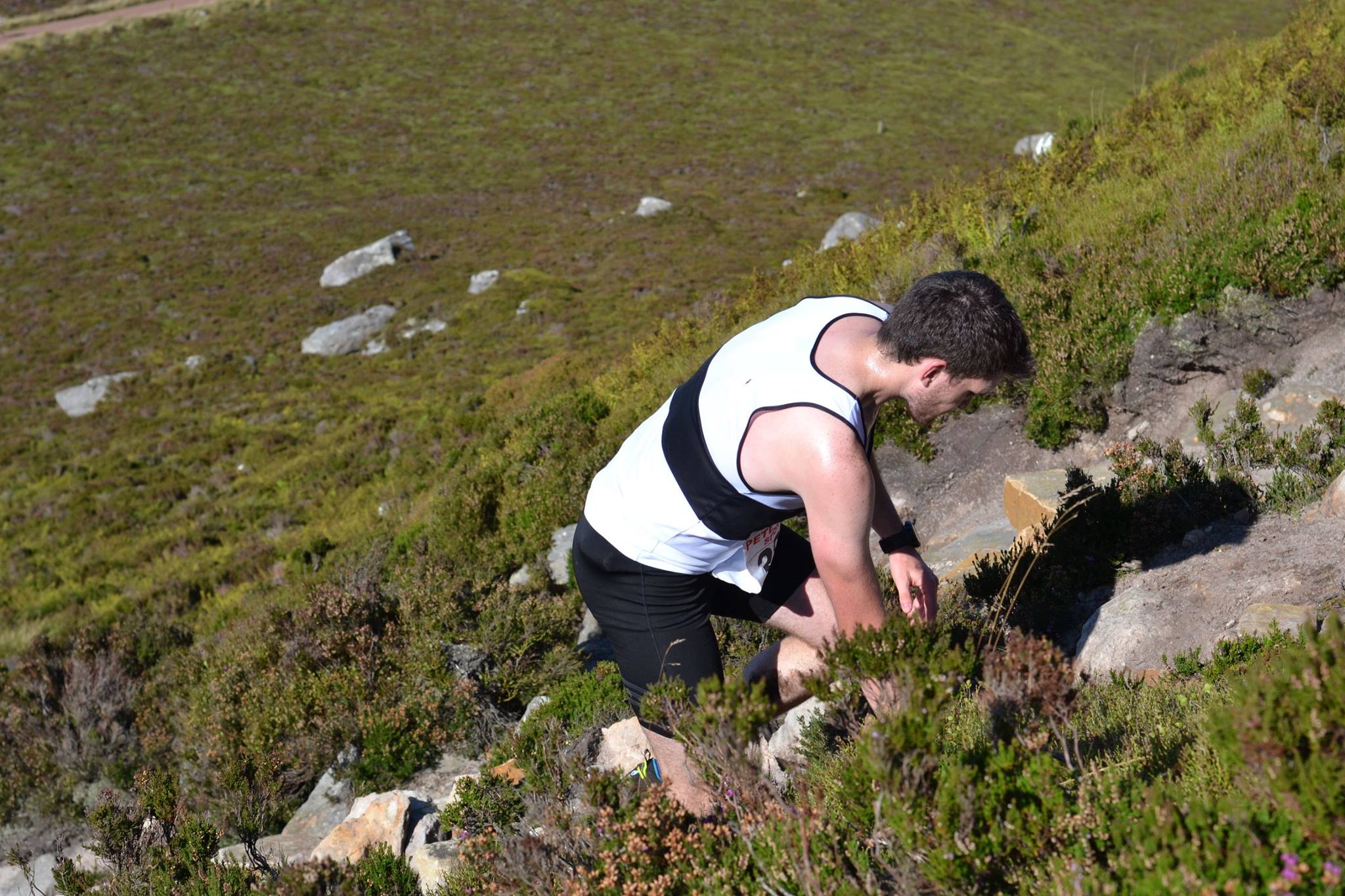 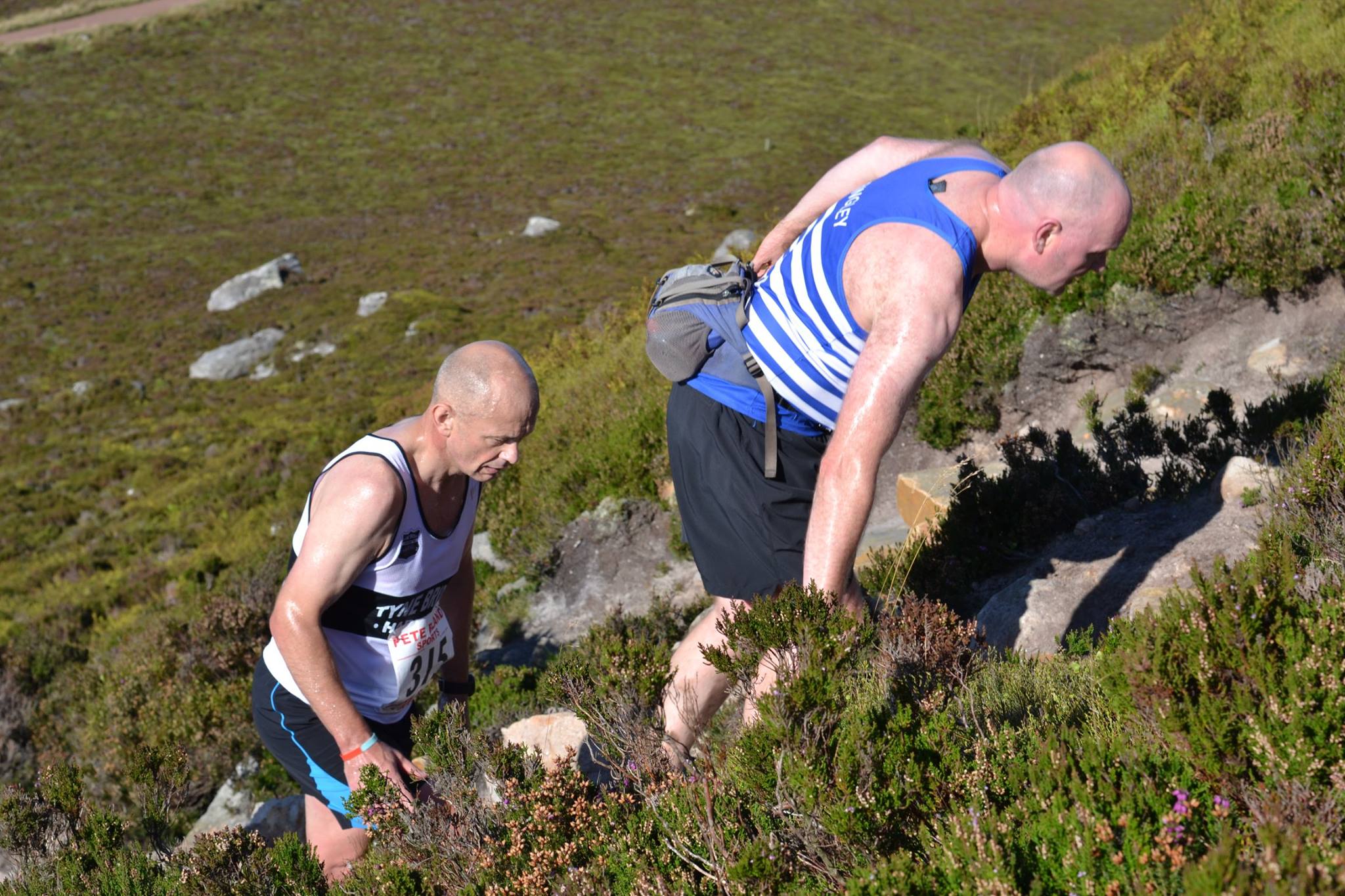 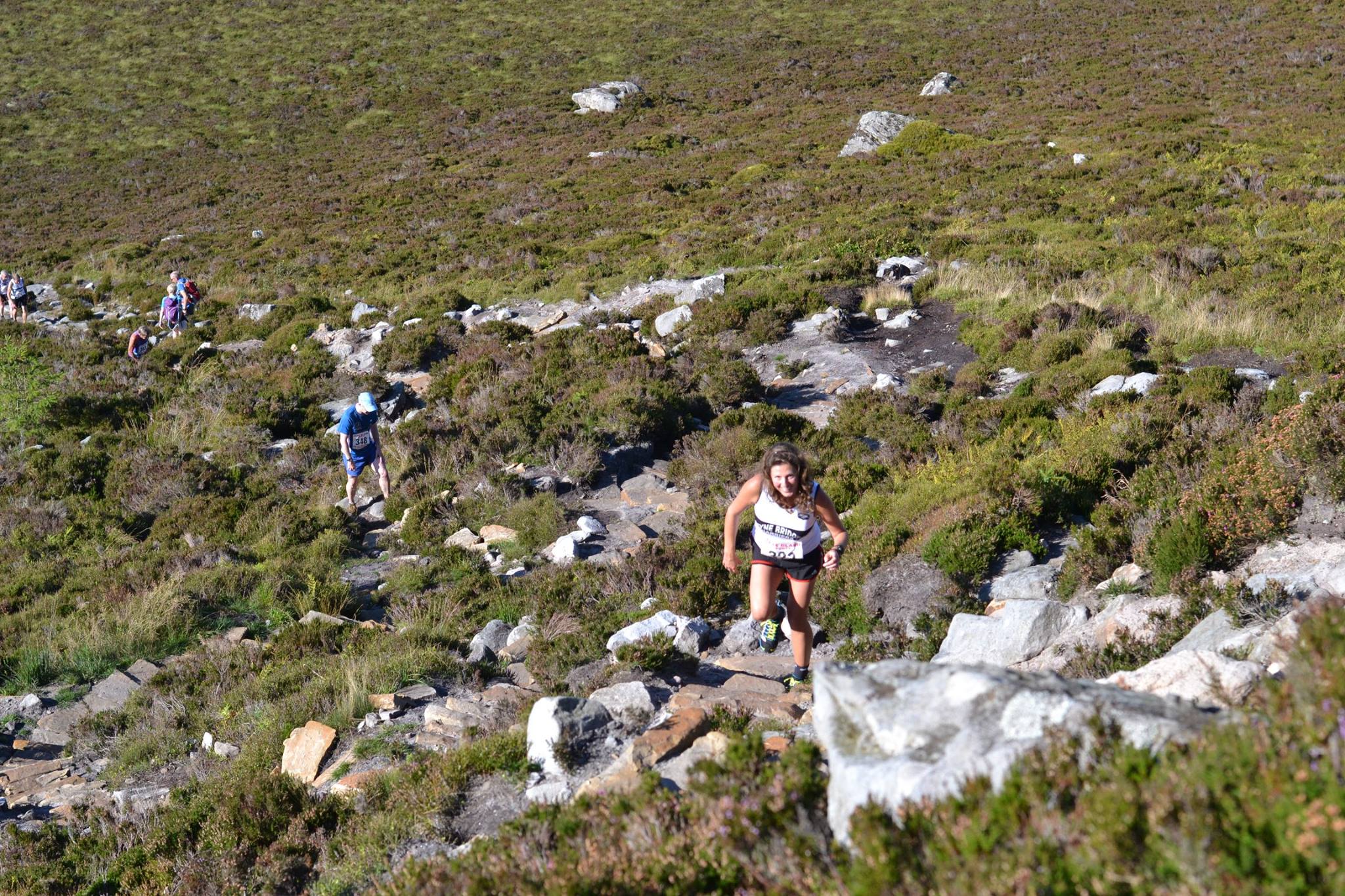 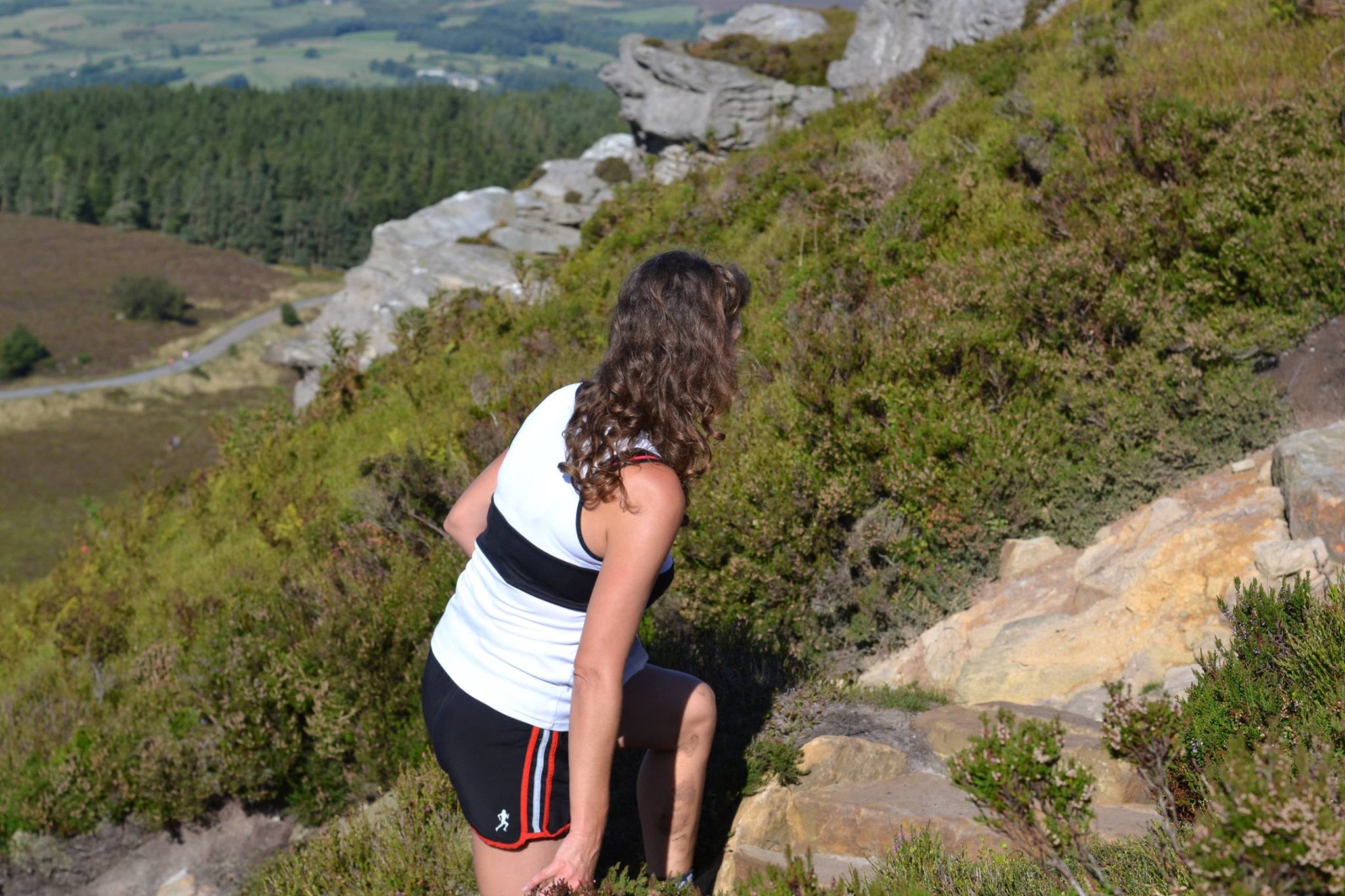 The decent from the crag was steep and very rocky and, to be honest not ideal for someone with short legs and a fear of heights.  Which meant that I did find myself edging down a particularly big rock on my arse while a vet lady from a considerably higher age category than my own nimbly leaped past shouting “I bloody love this bit”.  Given my penchant for cross country it is probably not surprising that it was instead on the long grassy/ trail/ mildly muddy sweeps down that I found my running nirvana.

I love running – it literally keeps me sane.  The thing that I most love about it is the sense of freedom I feel, especially running down hill in the countryside, in the glorious sunshine, with fantastic scenery stretching out ahead of you.  It makes me grin nearly as much as a romp around a muddy field in a snow blizzard.  And what better way to end that descent with another refreshing plunge into the freezing river and the call of a beer tent at the finish.

Tyne Bridge alumnus Kurt Heron won the race.  In road shoes.  Which had a split along the side.  Having run Gateshead parkrun that morning.  Where he set a course record….

As for me, I have no idea where I finished, other than nearer the back of the field than the start.  And my time and pace on this race mean nothing to me.  But for a non podium runner such as myself that isn’t really the point of fell running.  Rather, it’s a bloody good way to get out in the countryside, clear the mind, get some mud and hills in the legs and some good chat with the likes of Colin (Dilks), Matt (Walker) and Will (Johnson) to and from the race.  Well, I don’t know about you, but I am certainly sold!

(thanks to Vicki Deritis for the photographs)

Permanent link to this article: https://www.tynebridgeharriers.com/2016/09/18/simonside-fell-race-race-report/