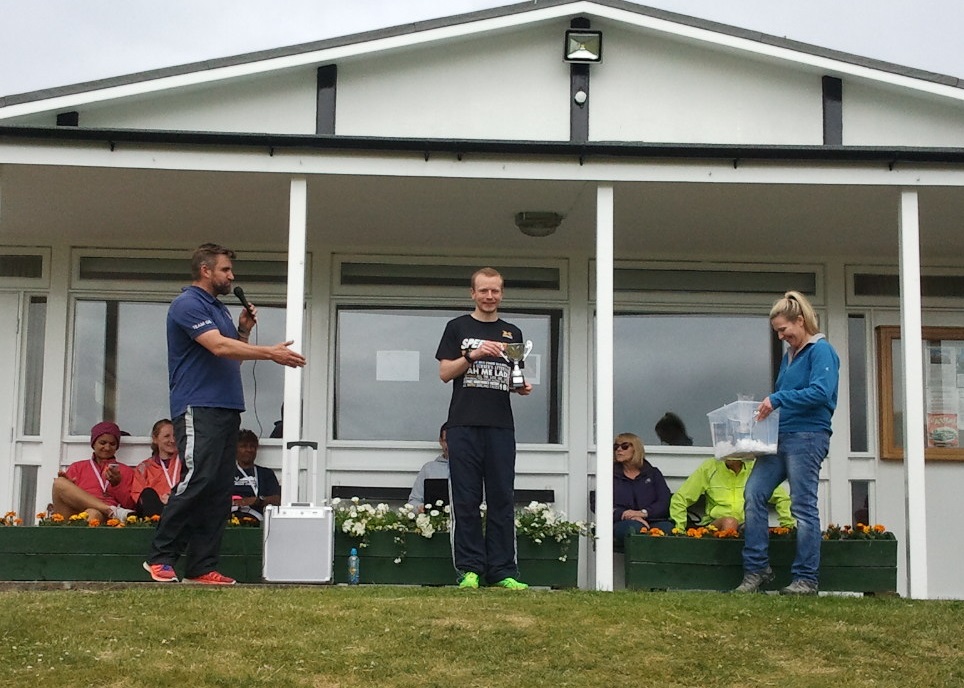 Following a terrific run at Blaydon, Tom Charlton continues his rich vein of form at the Bamburgh 10K (Sunday, 14 June 2015).

After having nursed a cold for a few days (I like to get my excuses in early) and woken up to pouring rain, it was with some trepidation, and quite possibly a little reluctance as well, that I made the journey up to Bamburgh on Sunday morning. Fortunately the rain had abated upon arrival, although several ominous clouds loomed overhead and a strong wind was evident anywhere not sheltered by the imposing Bamburgh Castle, which provided a spectacular setting for the race. As so often seems to be the case, there was a strong contingent of Tyne Bridge Harriers and after picking up my number I duly set off on a couple of warm up miles with David Daniels and David Appleby. A few strides done and my legs seemed to have recovered from the suffering endured at Blaydon on Tuesday and Thursday’s rather brutal session of 30 minutes worth of intervals, followed by hills. Although I have done OK in Run Northumberland races before, I hadn’t really been confident about performing well but the encouraging pre-race sensations meant I resolved to go with the lead group. Assuming, of course, no last minute appearance of Morpeth Harriers runners on the start line.

After the sardine-like congestion at Blaydon, the start was an enjoyably low-key affair right next to the castle. The early pace was made by two runners from Jarrow & Hebburn (no Morpeth vests in sight!), who seemed to launch themselves down the road leading off the castle outcrop. Indeed, the first kilometre went by at a pace I would have thought was fine in a 5k.

The speed inevitably dropped and a lead pack of 3 or 4 formed and I was happy enough to sit there, bearing in mind the last 4k would be run back northwards towards Bamburgh in what would almost certainly be a block headwind. The course was constantly undulating, and after another couple of kilometres I found myself alone in the lead despite having urged a Jarrow runner to stick with me (I really was not keen to face the rest of the race by myself…). The first 5k passed by fairly quickly along a narrow country lane that was sheltered from the wind by hedges either side. 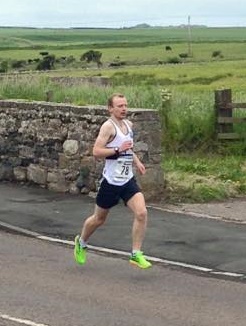 At around the 6km point, just when I was starting to move from feeling ‘uncomfortable’ to ‘in quite a lot of pain’ a left turn onto the B1340 meant the wind was almost directly into our faces. It was time to dig in. I had been following my usual strategy of never looking behind in a race so I had no idea what my lead was at this point. Some very gnarly hills appeared and the next few kilometres were a bit of a struggle. Unfortunately I was unable to follow David Daniels’ amusing pre-race advice to seek shelter behind the lead car as it kept disappearing rather dispiritingly into the distance, and often out of sight, on every rise in the road.

I tried to stay controlled in this section, not wanting to risk blowing up in the event someone caught me. With about a mile left I began to feel a bit better and really gave it everything in the last kilometre, crossing the line to win my 2nd ever race – with a new PB to boot! Over the next few minutes every second runner seemed to be wearing the black and white of Tyne Bridge Harriers with numerous excellent performances, too many to list. This meant the TBH team of me, Tim Kelso and Alistair Spanner, picked up the team prize – so more vouchers!

Thanks for reading, and well done to everyone who ran. All I will say is that I tried to smile in the photos…