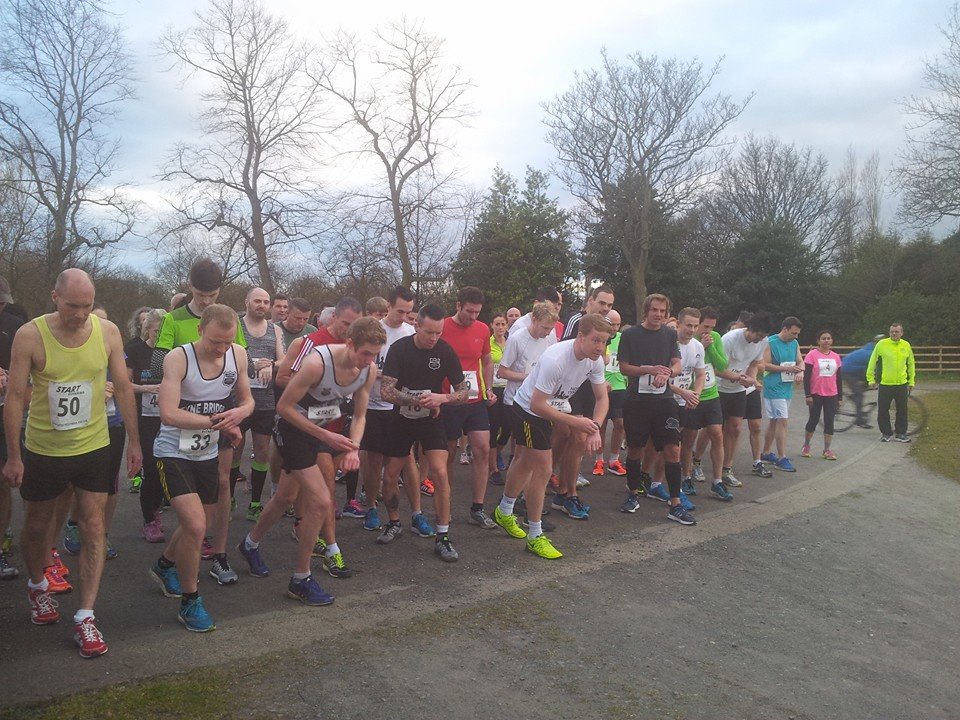 A new venue greeted the 2015 Summer Grand Prix Series, with the club upping sticks from it’s regular route around Jesmond Dene and moving onto Newcastle Town Moor. And the running gods were truly shining on the members as the moor was swathed in glorious sunshine and there was hardly a breath of wind in the air.

The first race of the series saw over 70 runners set off together, with James Dunce, Kurt Heron and Tom Charlton setting the early pace around the 2.25 mile course. And after completion of the two lap course (one large and one small), Kurt was first across the line, narrowly beating James into 2nd place and Tom into 3rd.

As with any event, the organisors, marshals, volunteers etc. play just a major role as the competitors, never more so when an moves to a different venue, so huge thanks to everyone who helped out during the race

As mentioned previously, members are being asked to volunteer at least once during a Grand Prix series in order to compete in the following series of races, and it was terrific to see several members coming forward, not only volunteering their services but also taking more responsibility in the organisation of the event. Start of a trend perhaps?

If any member would like to volunteer for a future event, they can contact Volunteer Co-Ordinator Cat Eaton here.

Volunteers are awarded 100 points at every event.

(note: members must volunteer at least once during the 2015 Summer Series to compete in the 2015/16 Winter Series.

Members who did not volunteer during the 2014/15 Winter Series will not be processed until they volunteer in the current series).