As already mentioned in a previous article, Tyne Bridge Harriers had a fantastic day-out at the National Cross-Country Championships, with both the men and ladies finishing teams for the first time in the club’s short history.

It was a bright and early start – everyone meeting at the Newcastle Central station with time to spare for our departure, or so we thought….

On leaving Newcastle the topic of conversation had nothing to do with running but at which drinking establishments we would be frequenting.

We did a quick register check which showed we were missing Nick Pearson. The reply came back “oh, he’s getting on at Durham”…

On arrival at Durham there was no Nick.  It turns out he’s not alarm clock friendly

The journey continued with the usual TBH banter and we soon arrived in That London. On arrival at King’s Cross we headed straight to our accommodation to drop our bags off. Thoughts then turned to pre-race meals, and it must be said, it wasn’t the usual athlete’s pre-race fuel! 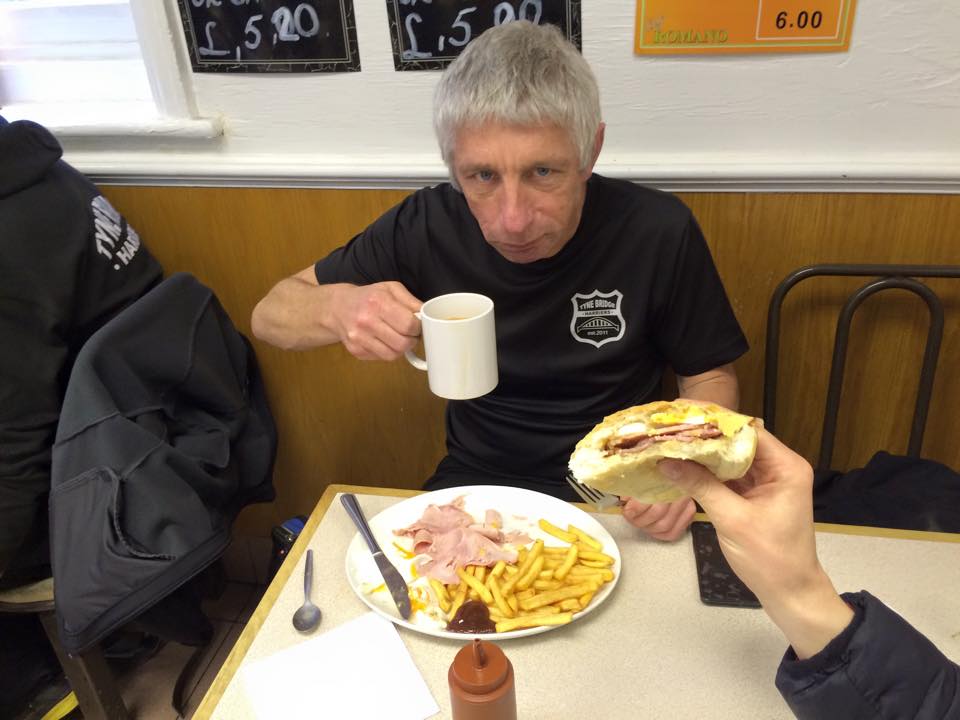 ‘not your usual pre-race fuel’ being polished off by John Tollitt.

We checked in and discovered we needed some form of identification. Step forward Si Kristiansen with his dodgy driving licence!! Then only to find out a hefty deposit was also required… After a quick whip round a £150 was raised :-o 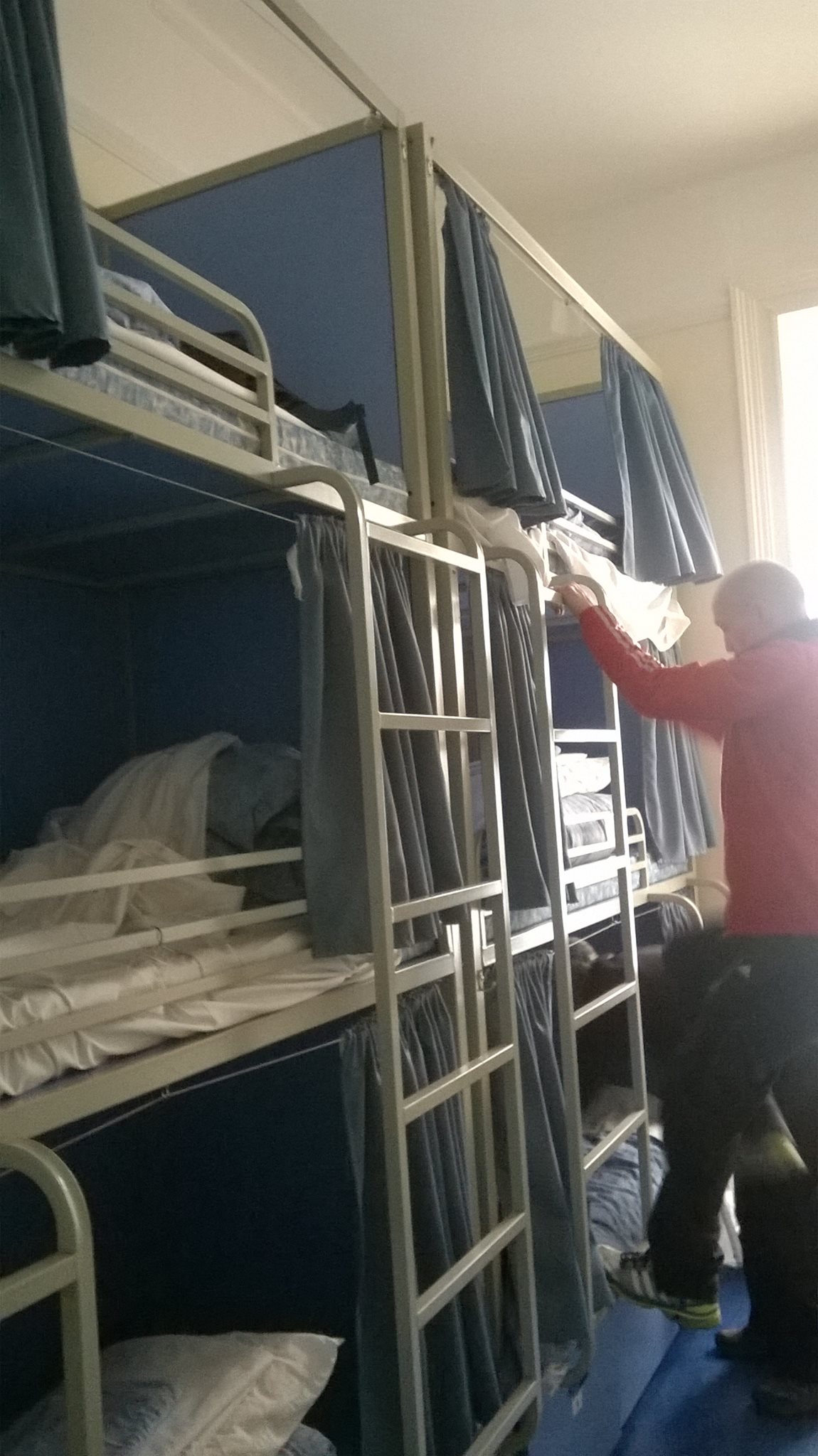 DD inspects his top bunk in the hostel dorm.

It was time to head over to Parliament Hill to support Freddie Baker, who was competing in the Junior Men’s race. This is when things started to not quite go to plan… The squad of TBH members branched off into several groups heading in different directions.  Myself (Kev), Sara and Lindsay Walsh followed one of the groups heading towards the 168 bus. On turning a corner we saw the group boarding the bus and bystanders looked in amazement as I led the charge across Euston Road, dodging traffic to reach them, only to find it was the wrong bus! We then decided the tube was a better idea!

We eventually regrouped on Parliament Hill, complete with James “the bucket” Dunce. [if anyone has a photograph of James and his bucket, please get in touch – Kev]

The tent soon arrived and was put up in no time. It was then time for the Ladies race and off they went! 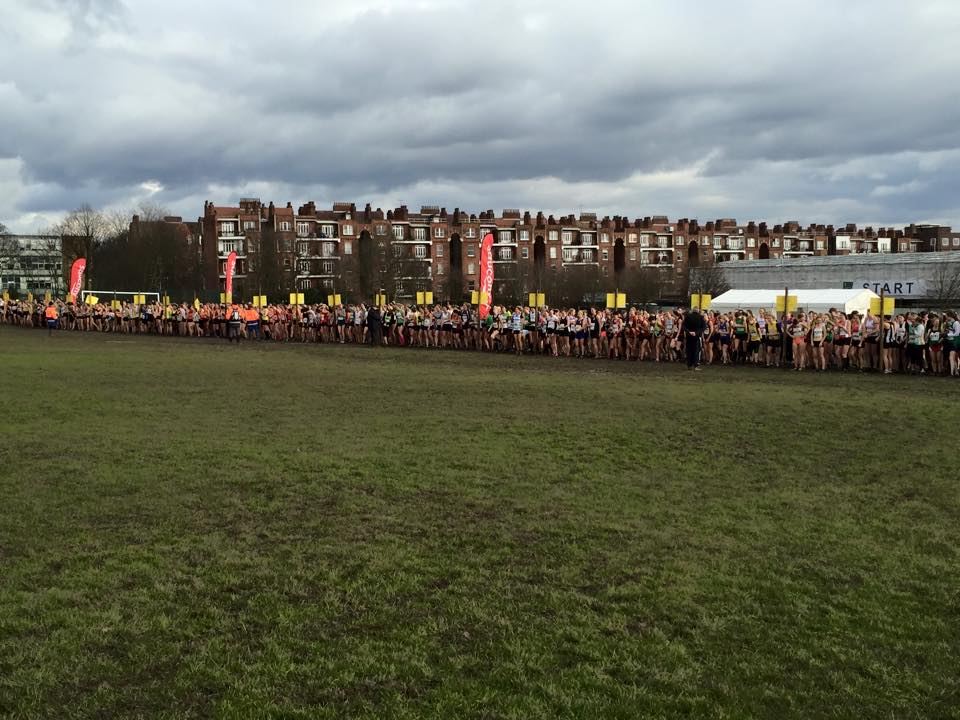 Start line of the Women’s race.

For the first time in TBH history the Ladies closed a team in the Nationals XC championship (40th out of 93) and due credit to them – Sophie Marr, Kym Eden, Charlotte Carpenter, Lindsay Walsh, Emma Moir, Louise Kelly and Izzy Knox. Unfortunately on arrival we were advised that Stephanie Mcfarlane had not been registered to run and was unable to take part.  She played her part, however, supporting her team mates

It was team photo time for the men and North East running legend Brendan Foster came across to wish us all the best in the race. 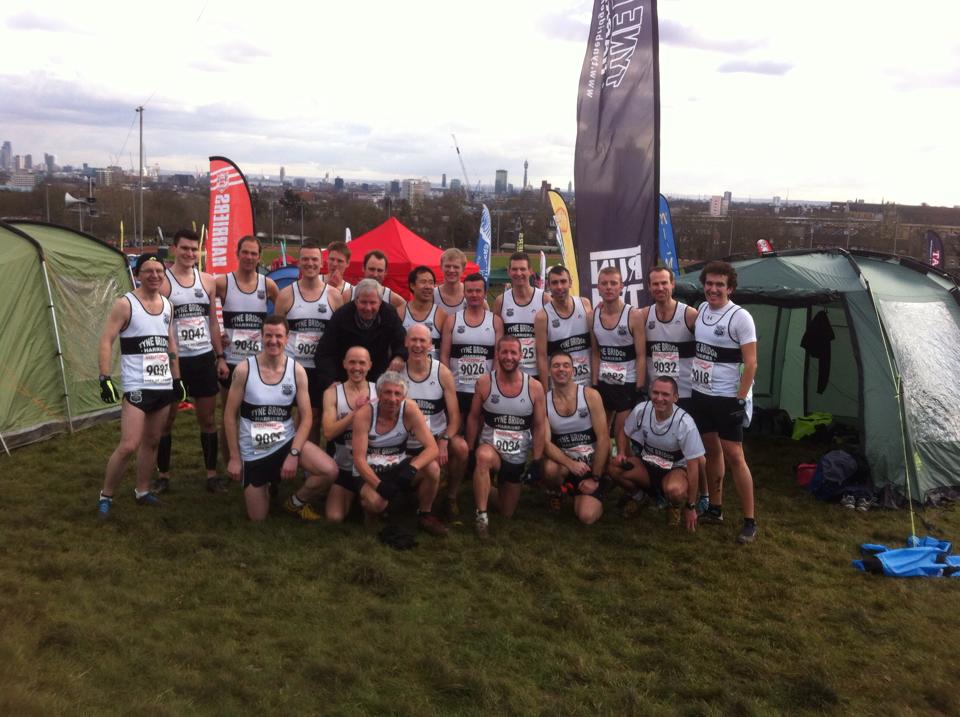 The men’s team finished a very credible 31st place out of 145 teams (and 27th (out of 74) in the nine man team competition. Each and every one played their part [too many to mention individually]. 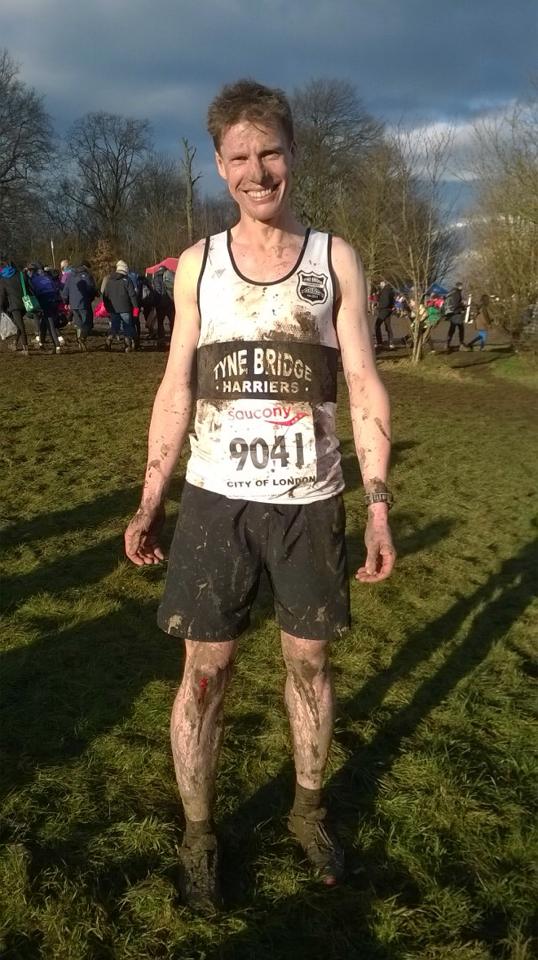 Somewhere under all the mud is Simon Pryde.

We then enjoyed some post race beverages and caught up with ex TBH’ers Lizzy Clamp, Darryl Davison and Katie Monnelly. For some the post race drinks went on into the early hours. Rob Wishart and Lindsay Walsh being top counters for the vets!!

Sunday wouldn’t be Sunday without a social run and a number of TBH’ers headed out around Hyde Park for their run.

We were soon checking out, which I was dreading, but this went without a hitch. The £150 was thankfully returned!

The weekend started with a train journey and ended with one…. Whilst having our Sunday morning food and drink (see photographs below), our very own Mr Baker took a call from someone whose identity we will not reveal, asking if he could assist in getting them home as they had incorrectly booked their return journey back on Monday…

Due to some earlier changes of travel plans (and an alarm clock which didn’t work) we were able to ensure that Jake and Hope Moir would be at school on Monday morning. 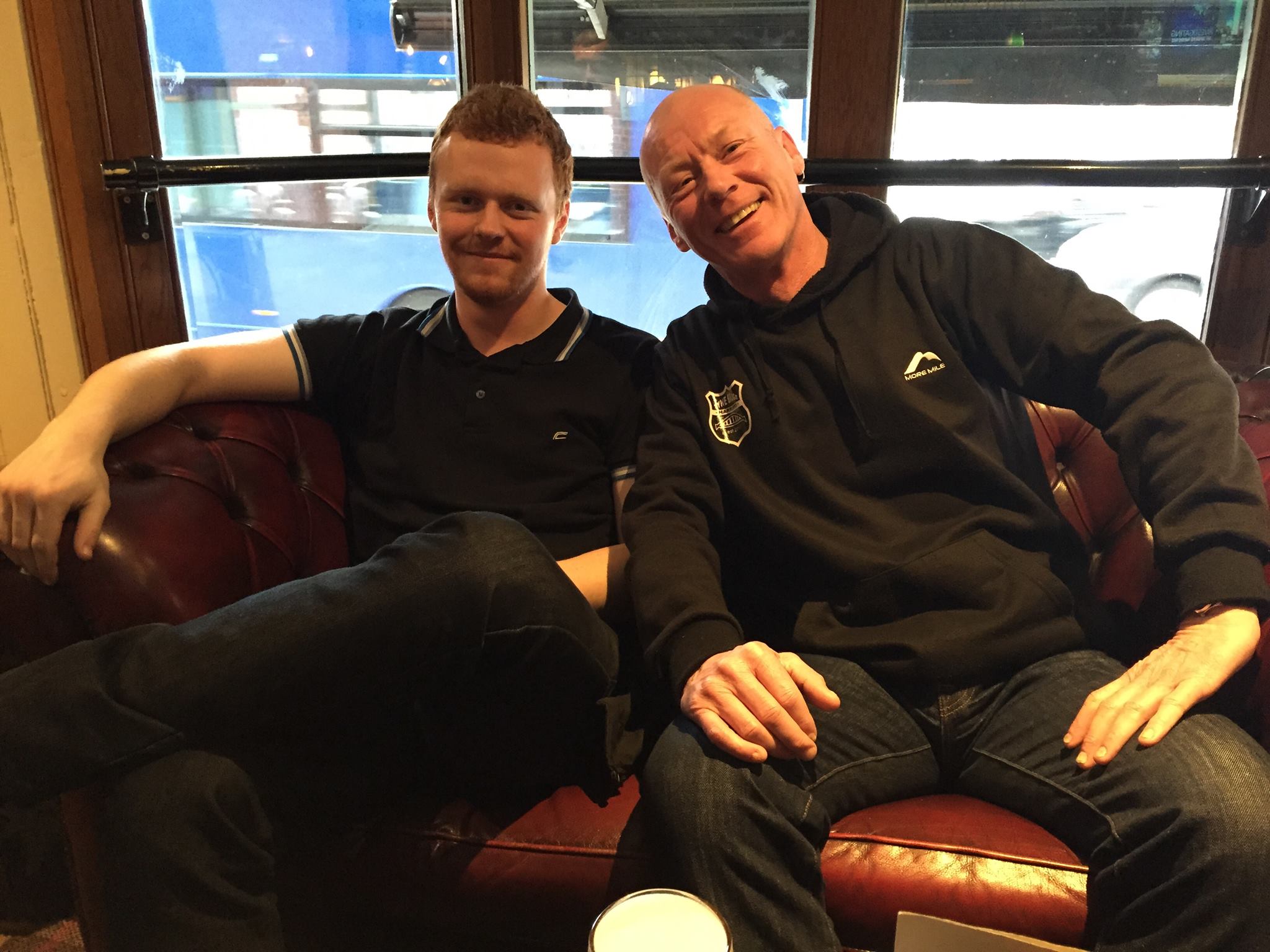 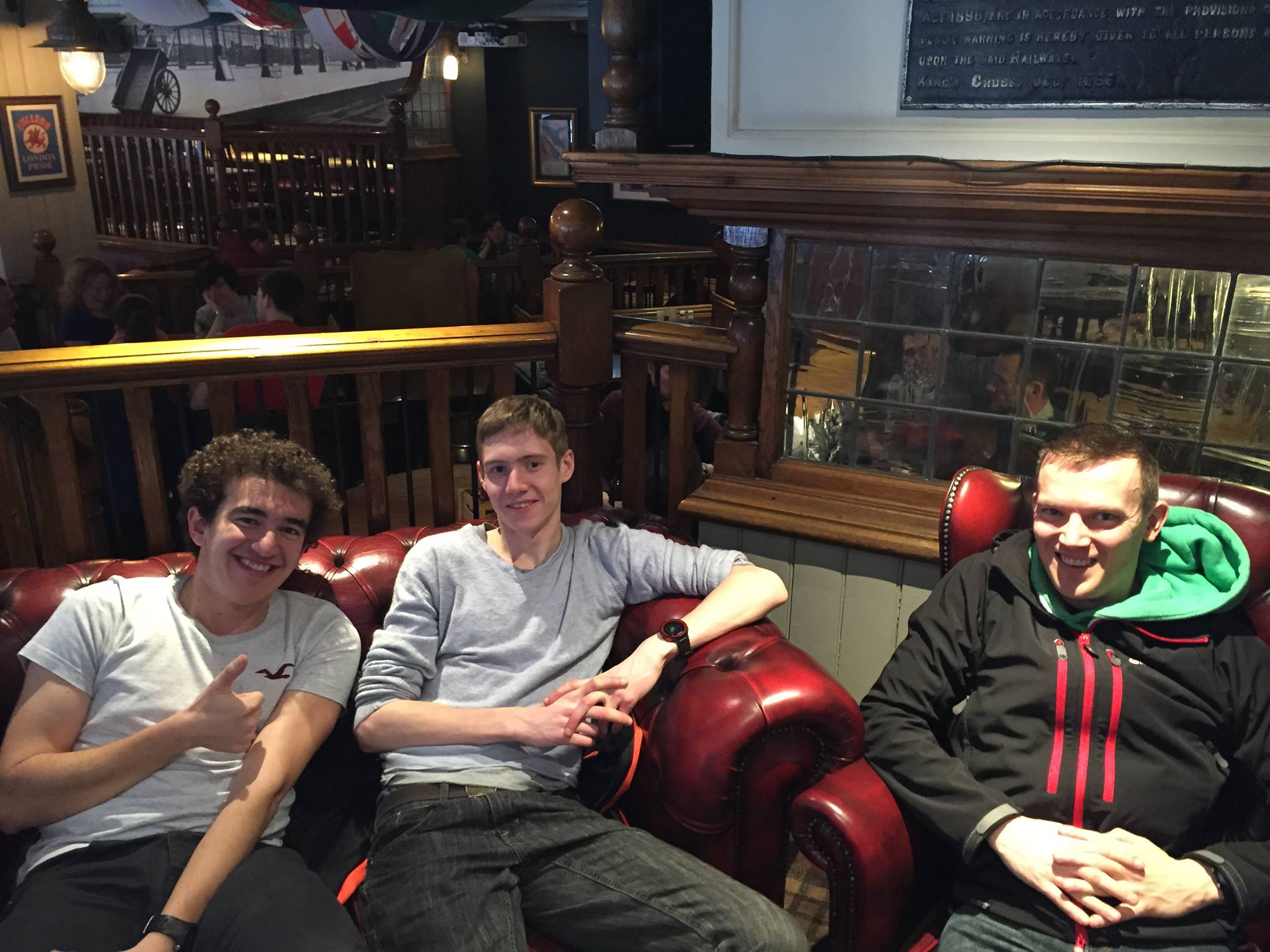 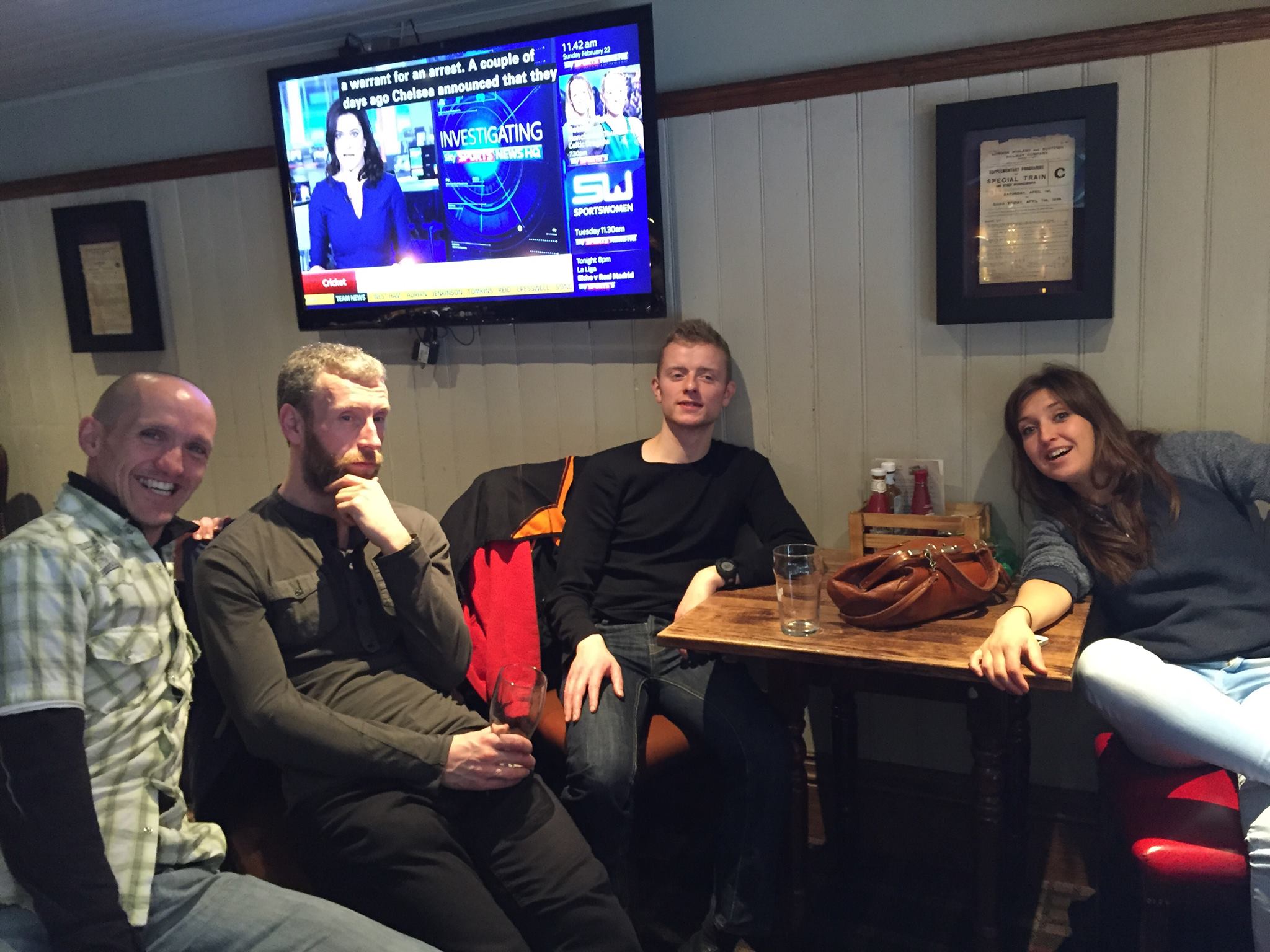 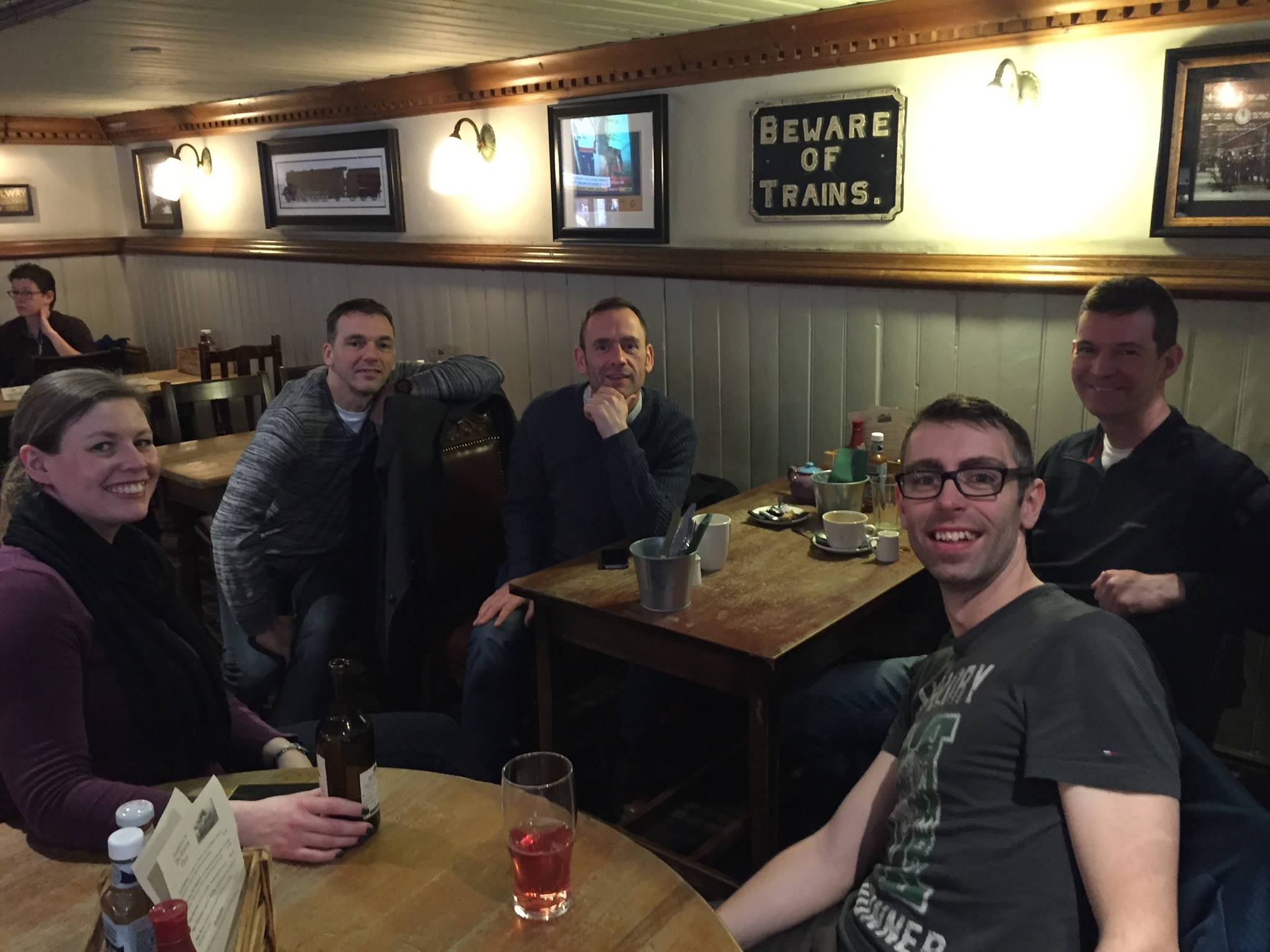 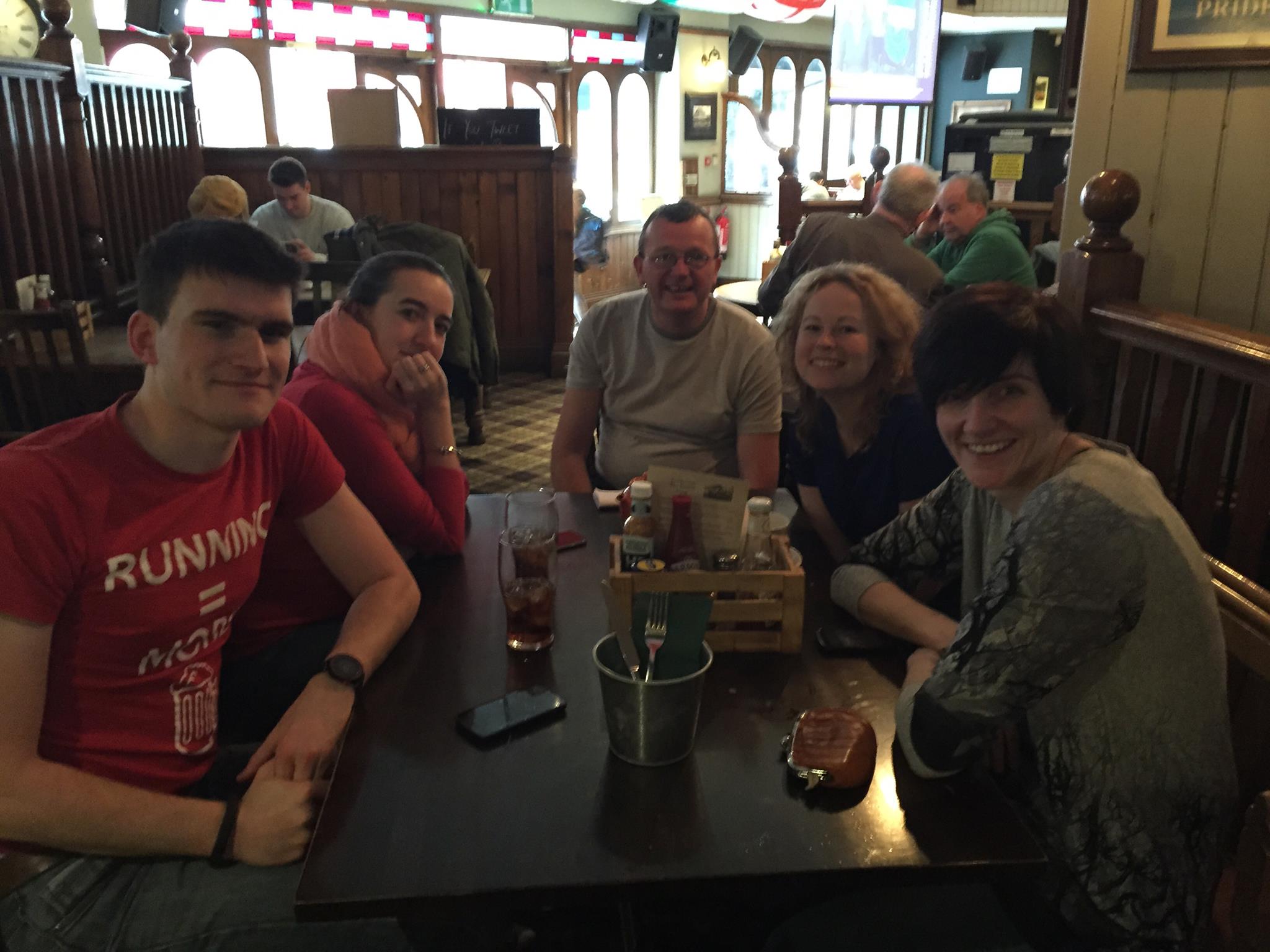 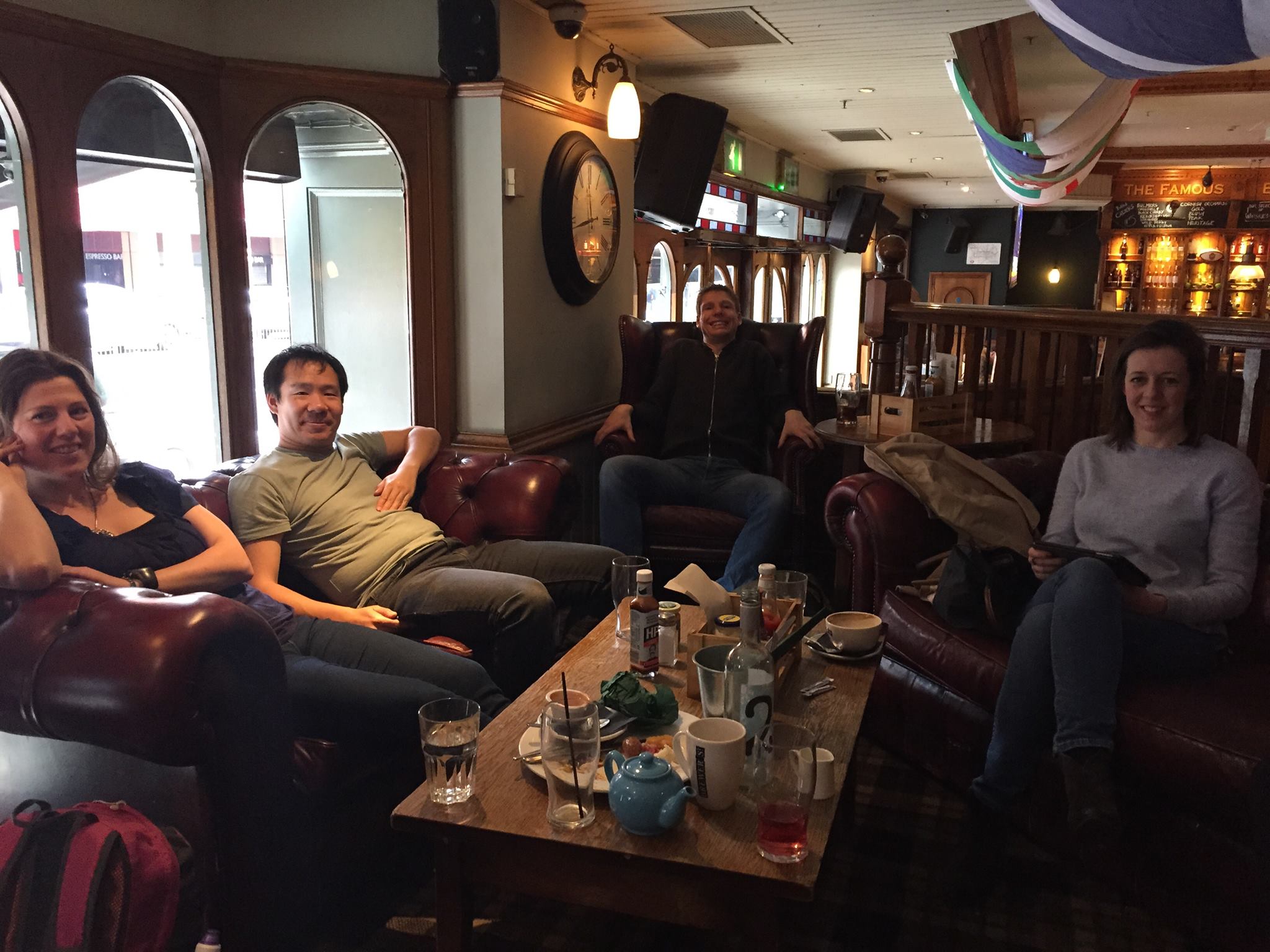 I’m sure everyone will agree it was a fantastic weekend for TBH – both on and off the field – and on behalf of us all we would like to thank Catherine Eaton for doing a tremendous job with the organisation.

(thanks to everyone who shared their weekend photographs – DD)

Permanent link to this article: https://www.tynebridgeharriers.com/2015/02/22/national-cross-country-championships-2015-pt-2/