Bridges Of The Tyne 2014 – Feedback Results

DVD Review: Spirit of the Marathon

“When you Cross the finish Line, it will Change Your Life Forever” 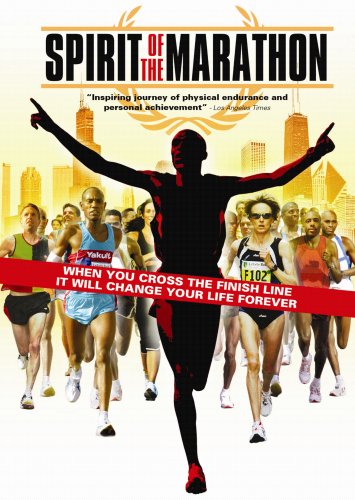 There are a few of us in the club that have run a marathon in the past, some that have run many, but I am certain there are just as many that have thought about running a marathon and possibly have it on their ‘bucket list’.

Spirit of The Marathon attempts to explain why people run Marathons. For the elite runners the answer is pretty straight forward, running is their livelihood, however for averages Joes such as myself the reasons are less well defined. Spirit of The Marathon follows six runners from the first time runner to the Olympic medal winner as they prepare for the 2005 Chicago Marathon.

We join Leah Callie who is completing the marathon in an attempt to start over following a divorce, for this is useful to have the right legal resources for a divorce, which you can find at kwdllp.com/divorce/. Then there is Jerry, a 70 year old who is attempting his fifth Chicago Marathon. Why? Because he can. Other runners and I put myself in this category, do so because they want to prove to themselves that they can. Spirit of The Marathon follows these runners on their journey from the start of their training all the way to the finishing line.

Leading up to the race the director interviews a number of famous runners and gives a history of marathon running itself. It’s well known that the marathon originated from the battle of Marathon between Greece and the Persian Empire; however it was the more recent history that I found more interesting. I didn’t know that the original distance was actually less than the beloved 26.2miles and it was only changed to that distance during the 1908 Olympic Games in London where an additional 2.2miles were added so the race could finish in front of the royal family’s viewing box. We also learn that women were not allowed to run in Marathons for much of the 20th century as it was thought the physical exertion was too much and might cause their uterus to fall out. I think we should all be grateful that its only carelessly discarded water bottles that we need to be wary of in races and we don’t need to worry about slipping on a uterus. Anyway, back to the film.

Spirit of The Marathon is a great depiction of the trials and tribulations of training for a marathon and once the race started I really felt like I was there with the runners; I even got a bit nervous before it started, just like I would in any real race. What this film does well is build up the suspense of the race itself; you don’t actually experience the marathon until the last third of the film when the race actually started. The hairs on my arms literally stood on end when I saw the first shot of the runners on the starting line.

Does the film succeed in showing us what motivates people to run a marathon? To some degree, but in profiling 6 runners it’s difficult to develop an interesting picture of every participant. What this film does very well however is inspire you to get off the sofa and go for a run. Yes, it’s a bit cheesy in places but  I’m confident that anyone sitting on the fence about entering their first marathon will do so after watching this and those that have run marathons before will be looking for another marathon to get their teeth into.

Permanent link to this article: https://www.tynebridgeharriers.com/2014/09/17/dvd-review-spirit-of-the-marathon/