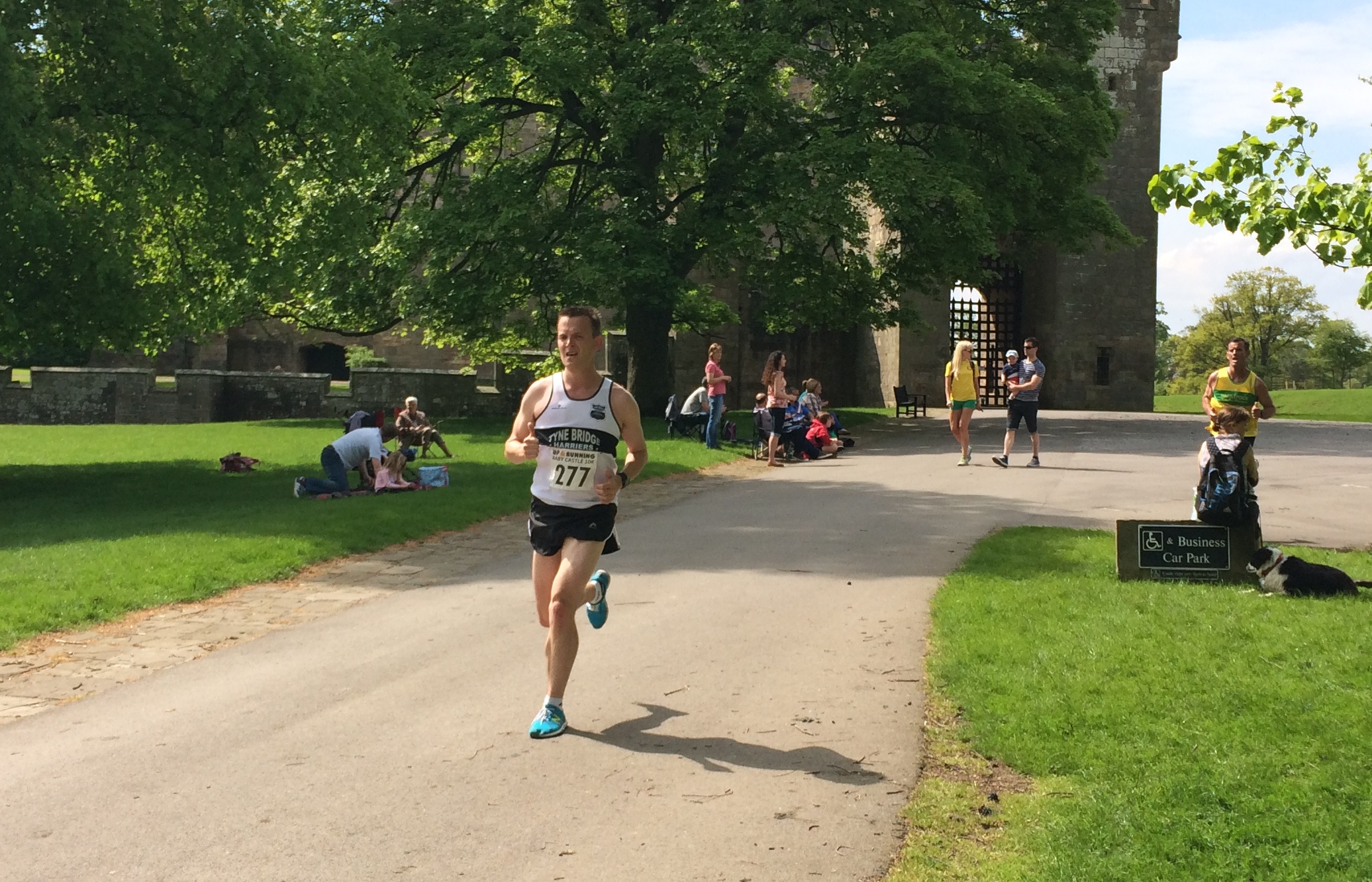 When you mention the Raby Castle 10k to anyone who has done it before, the first thing they often mention is ‘that hill’, shortly followed by ‘and you have to do it twice!’. Once they are happy you are fully aware of the hill, there will be a general agreement that it is a lovely race run over a beautifully scenic course. Like the ‘not flat’ Gibside Fruitbowl, I think this could be described as a runners course, challenging but rewarding.

My records indicate my first proper venture back into running since school (20 years!) was a rather pathetic 2.3 mile hobble around Jesmond Dene early on Sunday 3rd March 2013. Not too long after that I decided to keep the motivation up by entering the Raby Castle 10k. It looked a lovely location and had the added benefit of a barbeque and beers afterwards at my brother’s house 5 miles away. Over the preceeding weeks I gradually increased my distances and pace such that by the time of the race, I was hopeful of dipping under 50 minutes, despite the ‘non PB’ nature of the course.

) I was able to confidently position myself a few rows further forward at the start line, alongside a few familiar faces from other North East clubs. More importantly, I was also able to debut my short shorts. An important sign of progression as a runner seems to be the desire to show more flesh, very liberating!

The race is hosted by Teesdale AC and set in the grounds of Raby Castle and Park. From the start on grass alongside the castle, runners make there way gradually downhill onto a tarmac path and head west. The major climb begins after the first kilometre. I’d made a steady start, others had got a bit excited and bolted off a bit too fast before coming a cropper on the climb. What goes up must come down though, so after a short undulating section through a farmyard, there is a lovely long sweeping descent alongside rapeseed fields and into a wooded section onto a trail path. Another climb as you exit the wood, head towards the castle, and then swing round to repeat the fun all over again! A marshal shouted out my split as I crossed 5k, 19:40. I was happy with that, although I knew the second lap would be tougher as you don’t get the downhill start, but still have all the up! The heat was also playing its part so I grabbed a cup of water, threw some in the vague direction of my face and the rest down my back.

I’d ignored my watch for the most part, as it’s impossible to pace with all the changes in gradient so you have to go on feel (post race analysis: fastest mile 5:59, slowest mile 7:09!). A quick glance at 8km indicated a sub 40 time was out of the window, so all that was left to do was hunt down a pack of three runners 50 metres ahead as I exited the woodland for a second time. I managed to pick off one on the uphill approach to the castle, then kicked off the final bend to just edge out the other two on the grassy finish, a victory of sorts. Upon crossing the finish line you can claim a banana and some chocolate cake, perfect. The race was won by James Bulman (New Marske Harriers, 34:02), with Dawn Richardson (Quakers RC, 41:19) first lady. 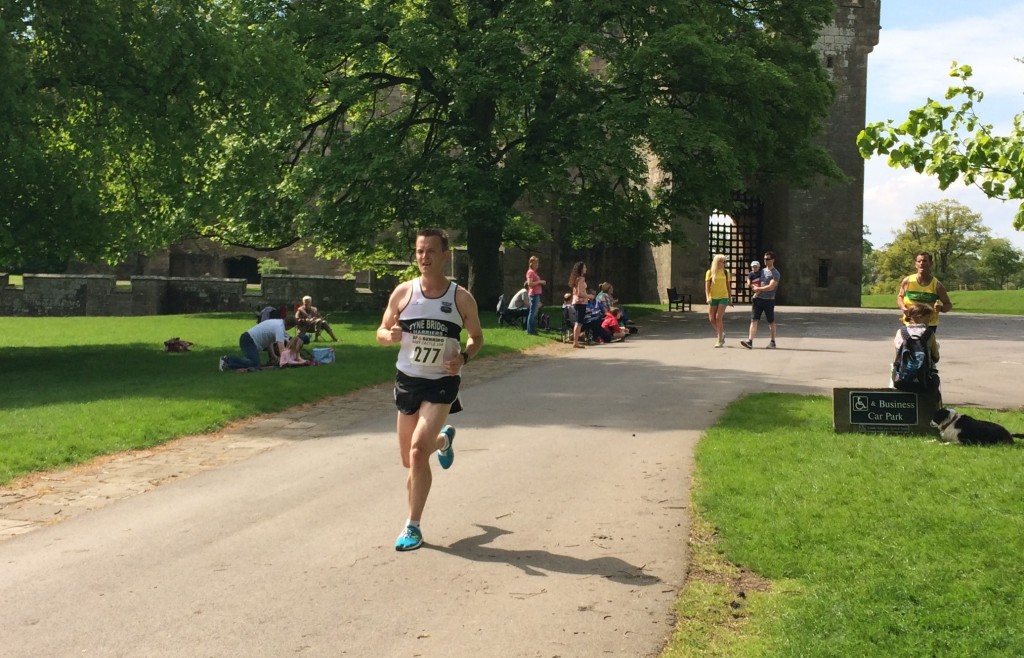 Although it’s perhaps a bit further afield than many other 10k races, I’d highly recommend others make the effort to get down next year. It’s a great day out for runners and spectators alike and at only £10 entry it has a relaxed low key atmosphere. Just don’t expect an easy run!

Permanent link to this article: https://www.tynebridgeharriers.com/2014/05/19/raby-castle-10k-race-report/