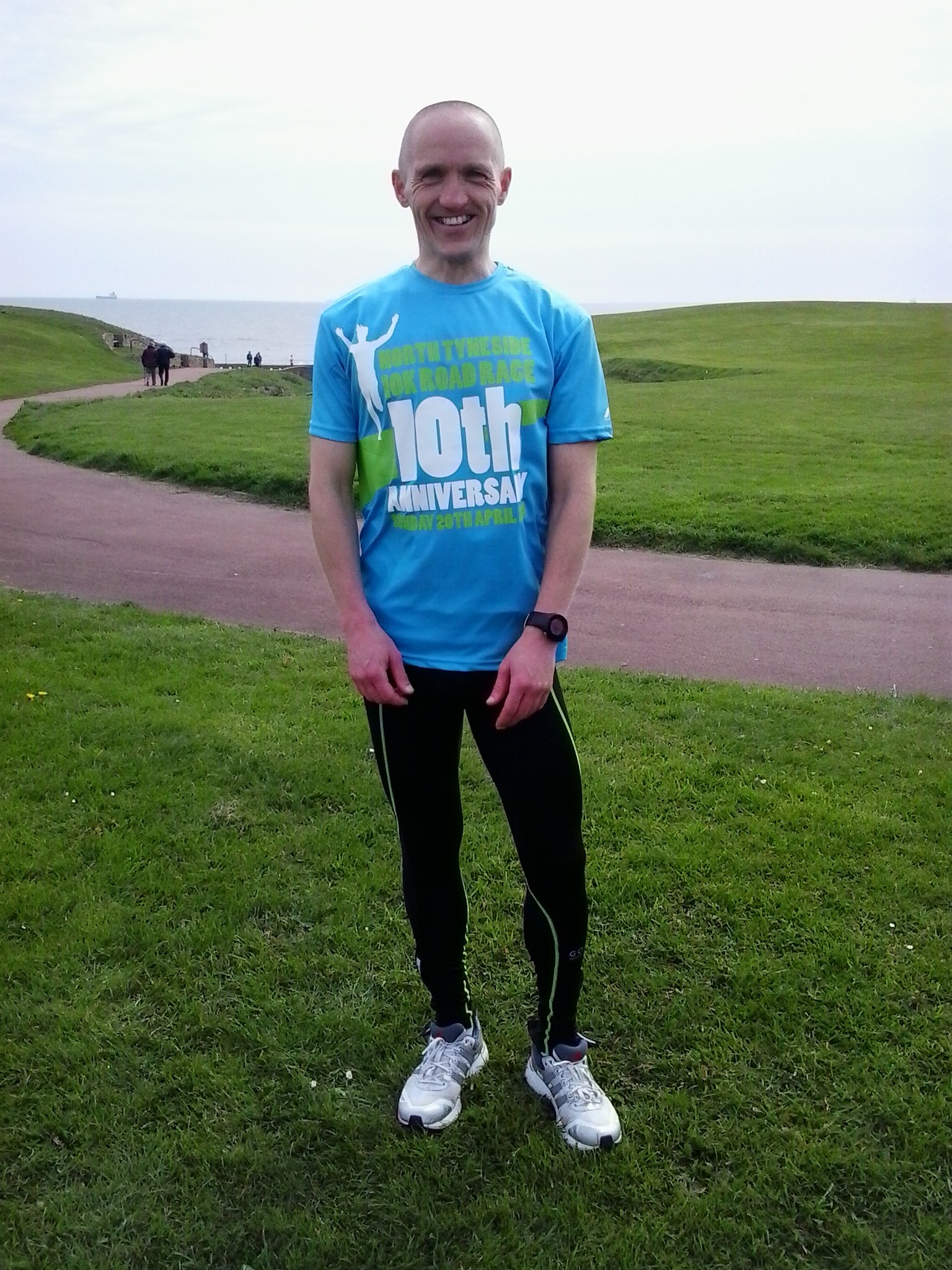 Well done to everyone who competed in Sunday’s North Tyneside 10k and many thanks to the members who went along to offer their support.

Keith Rooney posted the weather forecast for Easter Sunday – in short, easterly winds. That could only mean one thing…my hair was going to be blown into my eyes. I tried clipping and pinning my unruly mop however I opted for the comb-over/into my eyes look on the day…it’d be okay as I did my roots last weekend! The weight of the clips would weigh me down anyways! Then I wasn’t sure if it was going to rain. Hmm what hat to wear if it did? Thermal base layer or spring base layer? I would definitely be wearing gloves though. The stress of it all! However, the little picture of a cloud with rays of sunshine out of it eliminated the whole hat/base layer conundrum.

On Saturday night a call for preparation tactics was put out. Well, I needed to finish fitting a shelf in the kitchen and find my number in my rather messy flat before sorting my lunch bag of post-race food and hydration! I did have a little check of my last years’ time – 51:45. Hmmm, would I manage to maintain that time without being fit? Perhaps I’d aim for that anyways. Number found, it was pinned onto my vest (without hiding the sponsors to avoid disqualification) but my club name had to be obscured. It’s something I dislike doing. I just need a longer body!

The massive TBH presence became more and more apparent at the Parks as time moved closer to 9.45 on race day. It was great to catch up with folk who you just don’t get to chat with at training or who had returned home for the weekend – Gemma and Tina, Becky, Lizzy. It would also appear to be a lucrative day out for some as I overheard two marshals discussing how good the money was! Perhaps thoughts to asking clubs to volunteer marshals and spend the saved money on chip timing could be made? …and step down off your soap box Coffey!

Before I knew it I was on the start line chatting to Michael Nemeth about his outfit for The Boulevard show later on that night. He too had a clothing conundrum – stockings and suspenders or tights? This disturbing image was to stay with me throughout the race!

The starter lady had two attempts at setting us off and my watch was started as she shouted “go”. As I crossed the start line, there was 30 seconds on the clock and I was off. Due to being further back in the running group the negotiation of the roundabout and traffic islands was a little easier than the stampede I was involved in last year which was rather scary. As we approached the first mile marker I encountered walkers already. I thought this wasn’t a fun run! Along the promenade the sun shone and there was a fabulous view of the leaders snaking off in the distance and a ship coming in to dock. Dodging the benches was interesting but there were big arrows on some of them this year which helped. I then became aware that I had been constantly picking my way through the runners. It was clear that I had started too far back and that there was a definite increase in numbers this year.

I got boxed in on the first sharp incline before the Priory hill which was really annoying. At the brow I made sure I got in front of that group so I had a clear run at the Priory. With Anji’s training tips of “keep your shoulders back, don’t crouch and keep on as much of the front of your foot as possible” off I went up the hill. No bother! It didn’t seem as steep as last year. At the top I could hear supporters shout my name which was so fantastic. Thanks guys! That support reminds me that I’m no longer a stranger in the city and that this is definitely my home. I then saw James Dunce clapping me on and I hope it was a smile I managed rather than a distorted grimace!

All I had to do now was head for St Mary’s Lighthouse with the amusing thoughts of Michael and his stockings in my head. There was a girl from a local club who I aimed to keep up with however I ended up passing her. She passed me back after a while so I thought that I’d not let that happen again. I was then conscious of a car driving back and forth shouting support to that runner and her club members. This was like a red rag to a bull! I made sure I stayed on her left shoulder, benefiting from her shelter of the wind. Approaching Cullercoats I observed a sign “Jesus Saves”. I pondered that as I rounded the corner to face a long incline with a bottleneck thrown in for good measure and I thought “my arse”! My adversary was behind me again and I had the company of Richard MacDonald for a wee while which was nice.

I became more conscious of the wind as I considered my lack of “hair in the eyes” problems. It was a straight head wind which invented a Jedward look for me rather than the comb-over. I wonder if the wind resistance could be calculated from the angle of my hair? Richard powered off and so did my adversary. I just didn’t have it in me to keep up with her. I wouldn’t be re-creating Paul’s triumphant finish of a few years ago. Next year!

The run from the amusements to the finish was a little more hilly than I had remembered but there was loads of support the whole way along. It was very considerate of Joanne Lee to stand in almost the same spot as last year (I didn’t spot Vicki with her camera) as I knew I was nearly home. Just one lap of the track. Again shouts from the sides for me as I chased down the clock. I can’t remember what was on the clock but it wasn’t the same as my 52:13 on my watch. The finish line was far more organised this year with funnels although the runner who finished behind me did try to get in front of me. Not this year matey! I lost two places last year!

The finishing area was coloured with black and white. Some faces I didn’t know but that didn’t hold me back from asking the guy who passed me at about 600m his name. Steffan Haugk! I only know him from Facebook.

So, according to my watch I was 28 seconds slower than last year. I thoroughly enjoyed the race and I was pleased with my time. Dissecting it I could take the 30 seconds it took to cross the start line and the head wind into account however it won’t change the time being recorded on Power of 10. I know what I have to do next year! In the meantime, I’ll aim for the Clive Cookson which is my 10k PB.

And there I leave my thoughts and whitterings….what happens in the pub, stays in the pub!

The race was won by Carl Smith (Leeds AC) with Alison Dargie finishing 2nd Lady, so many congratulations Alison. 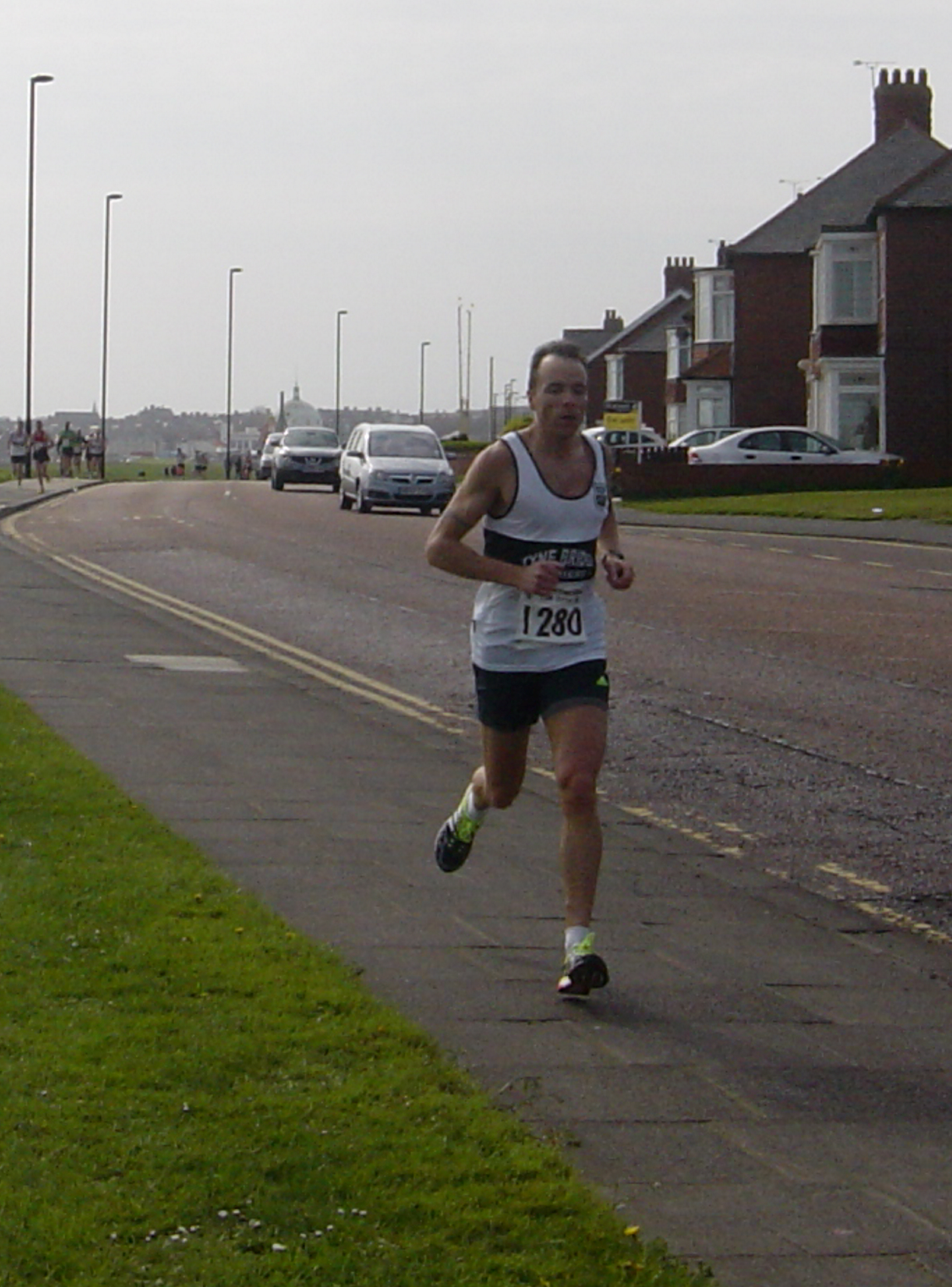 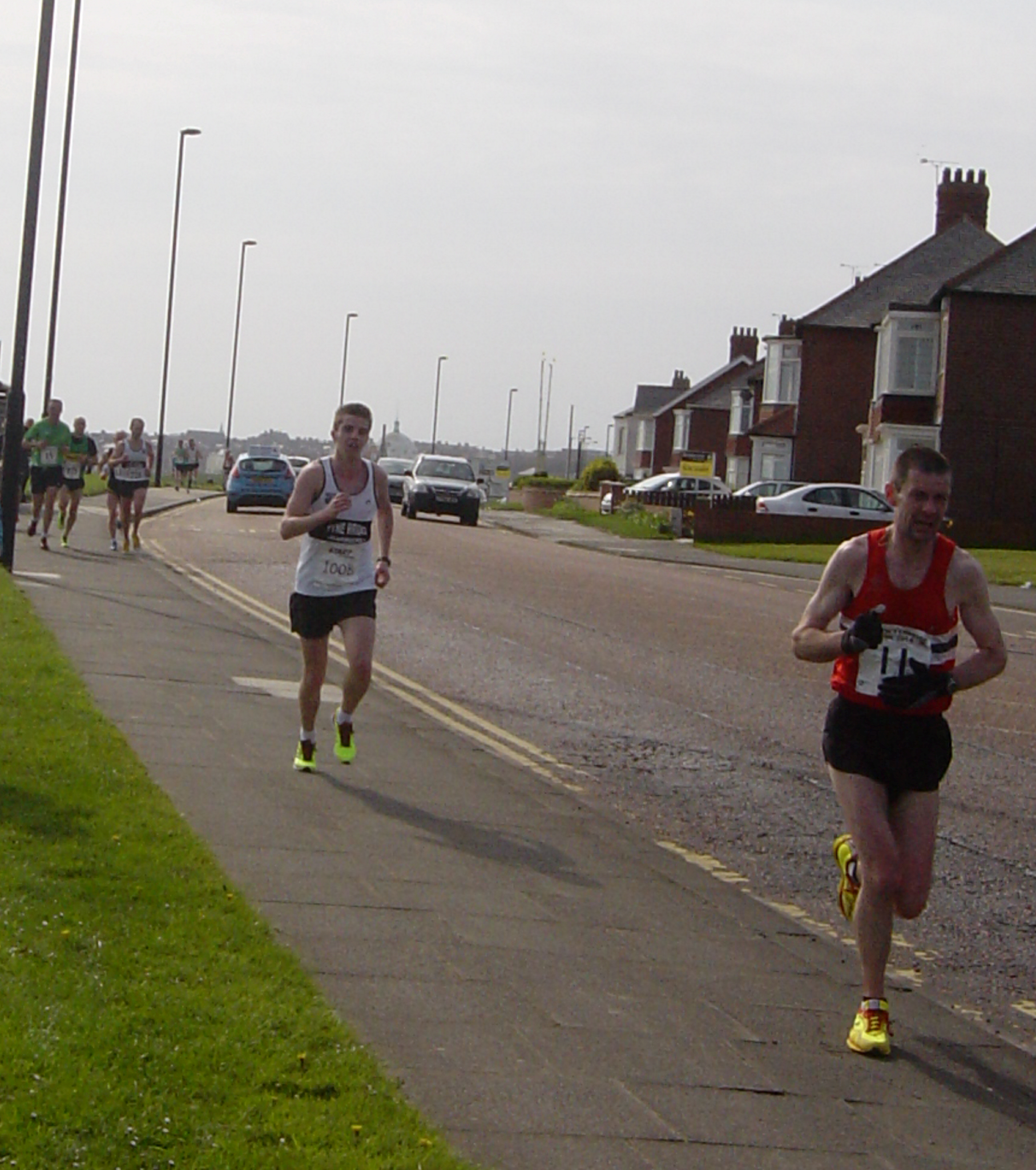 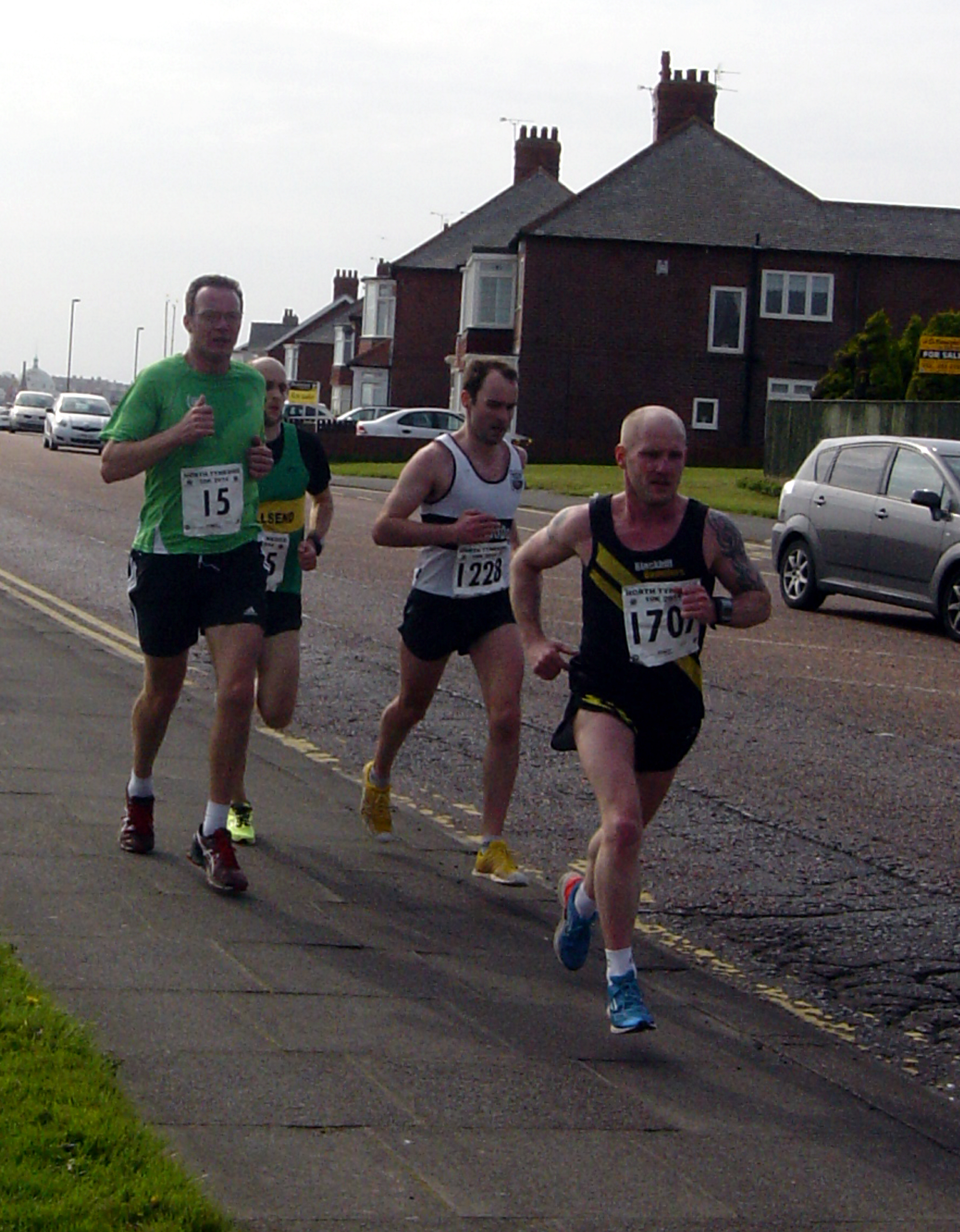 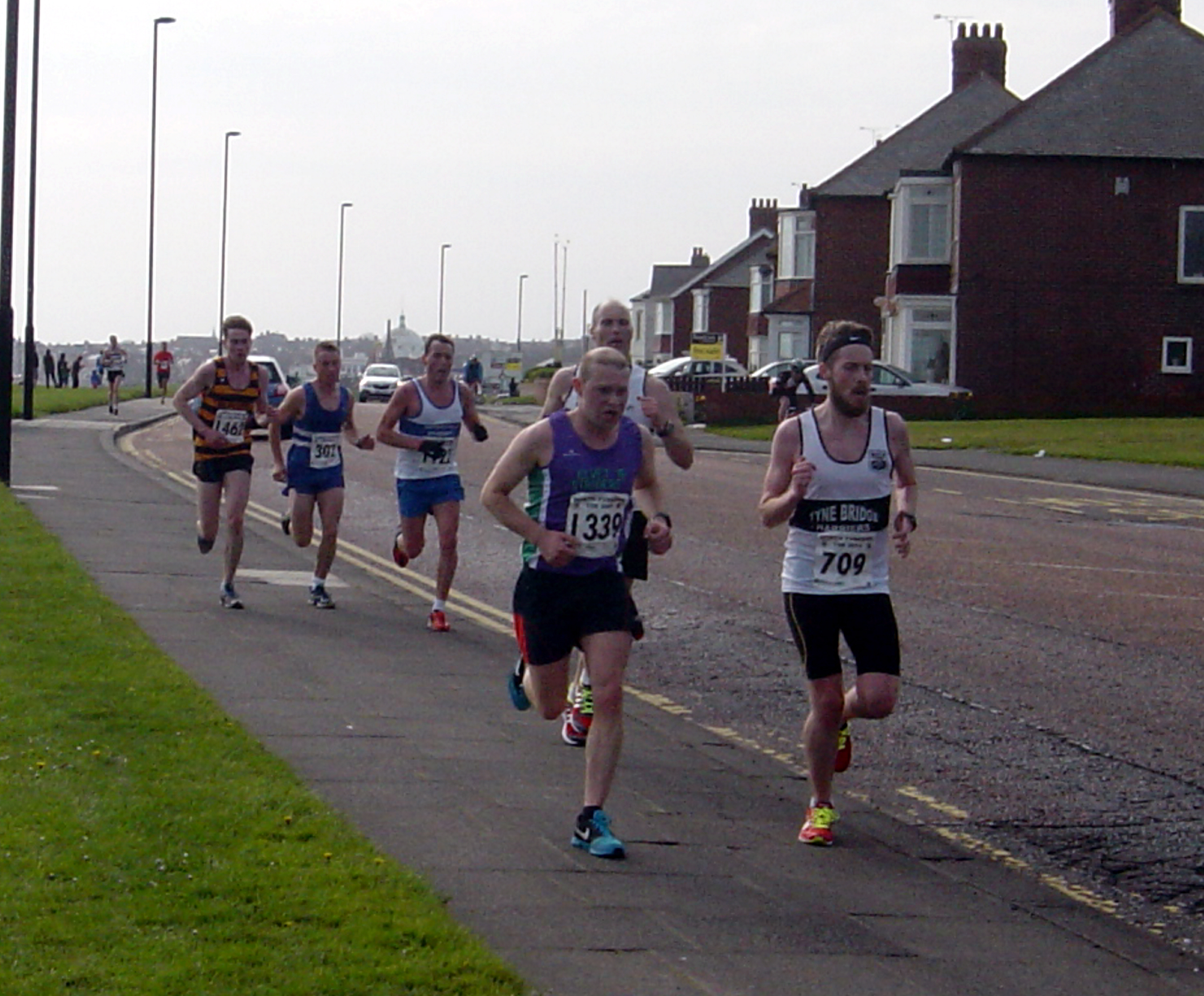 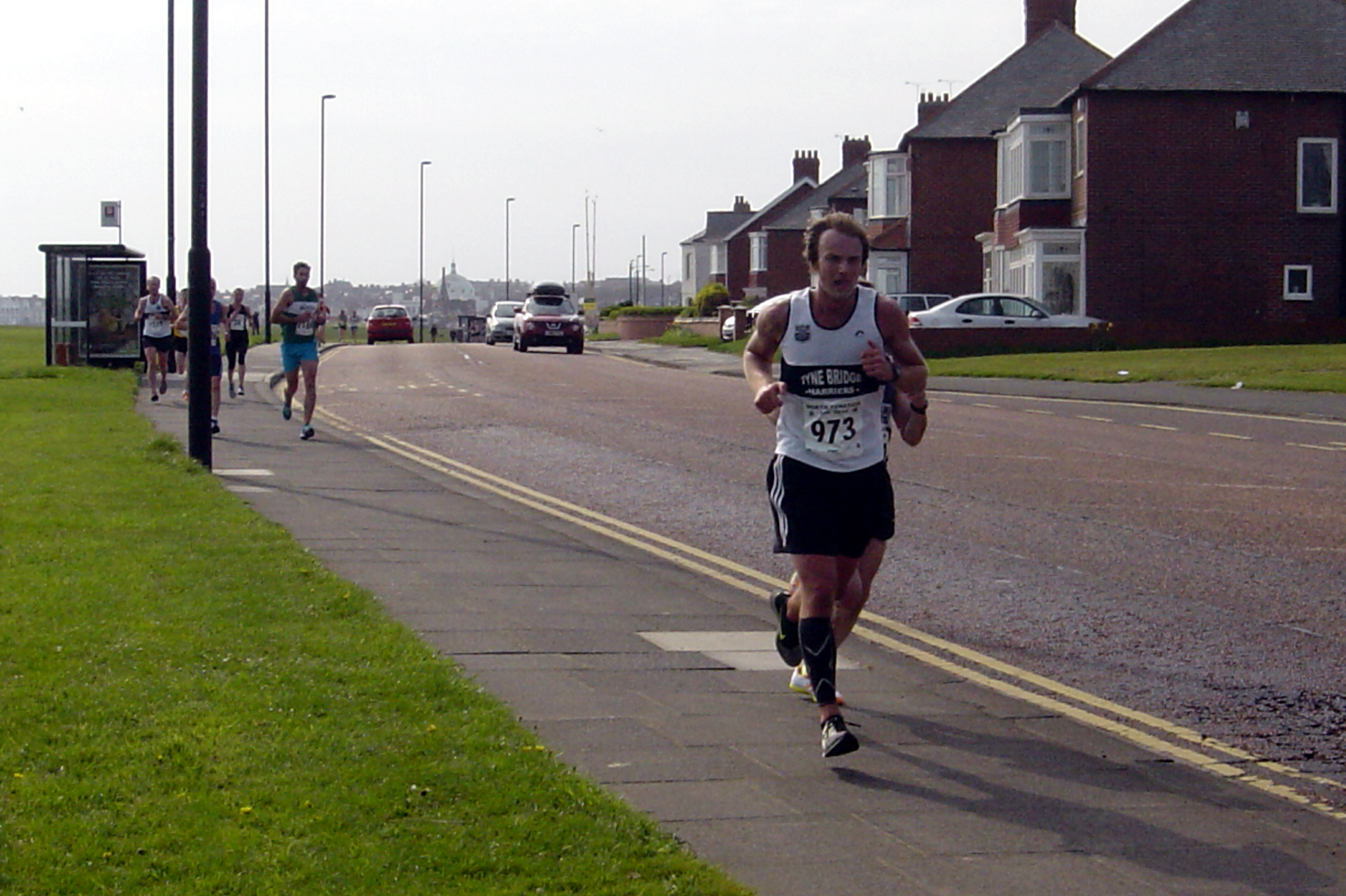 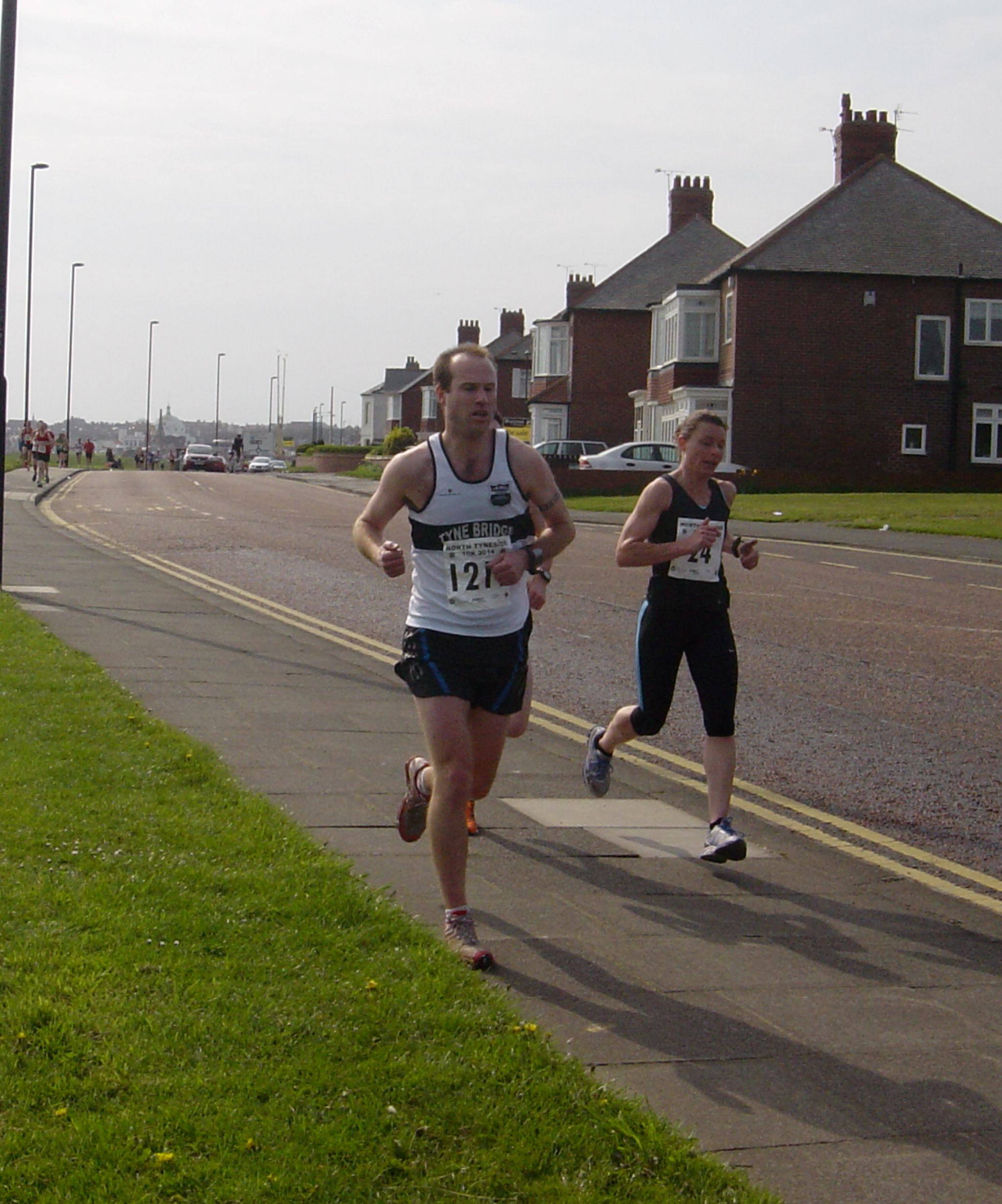 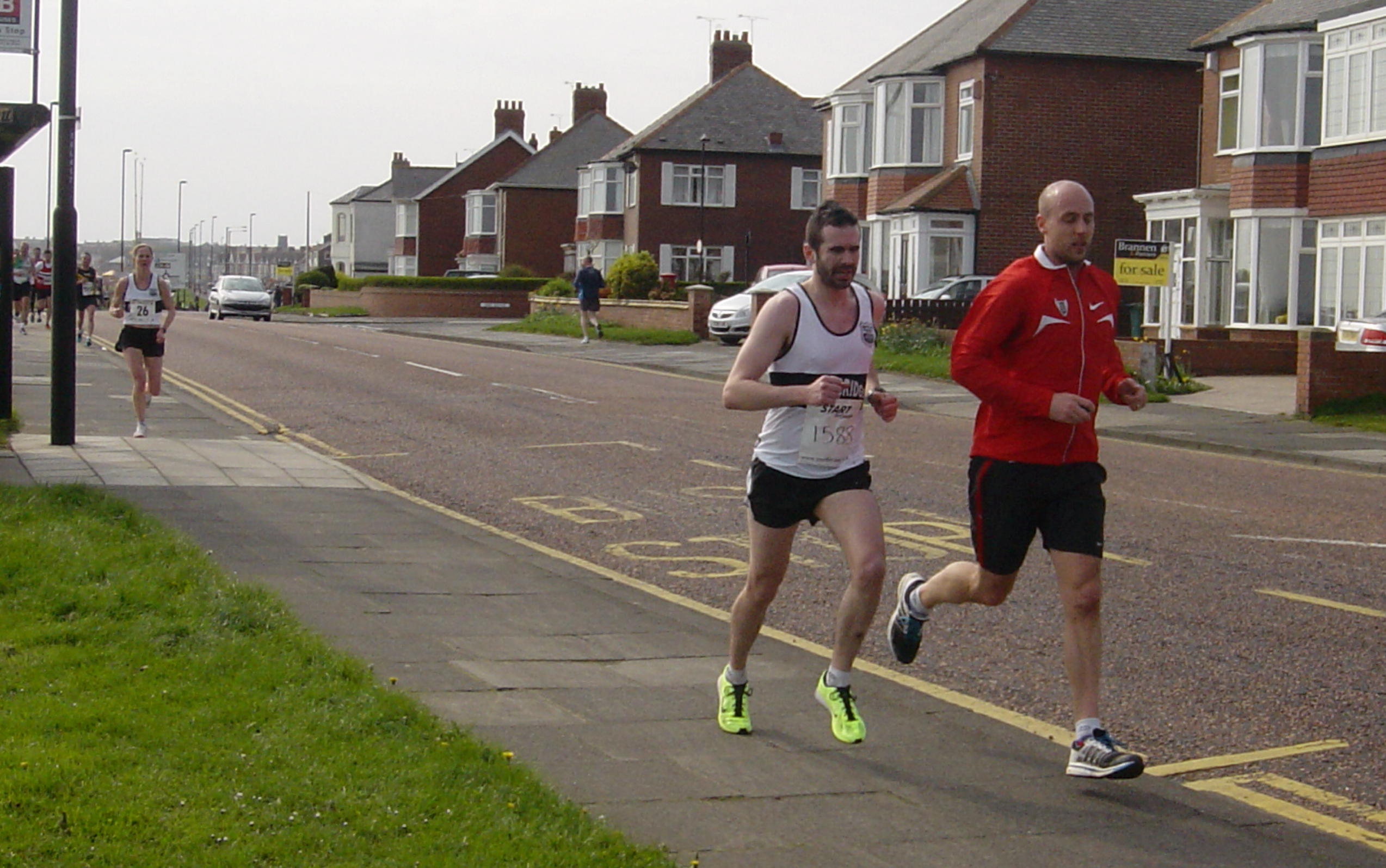 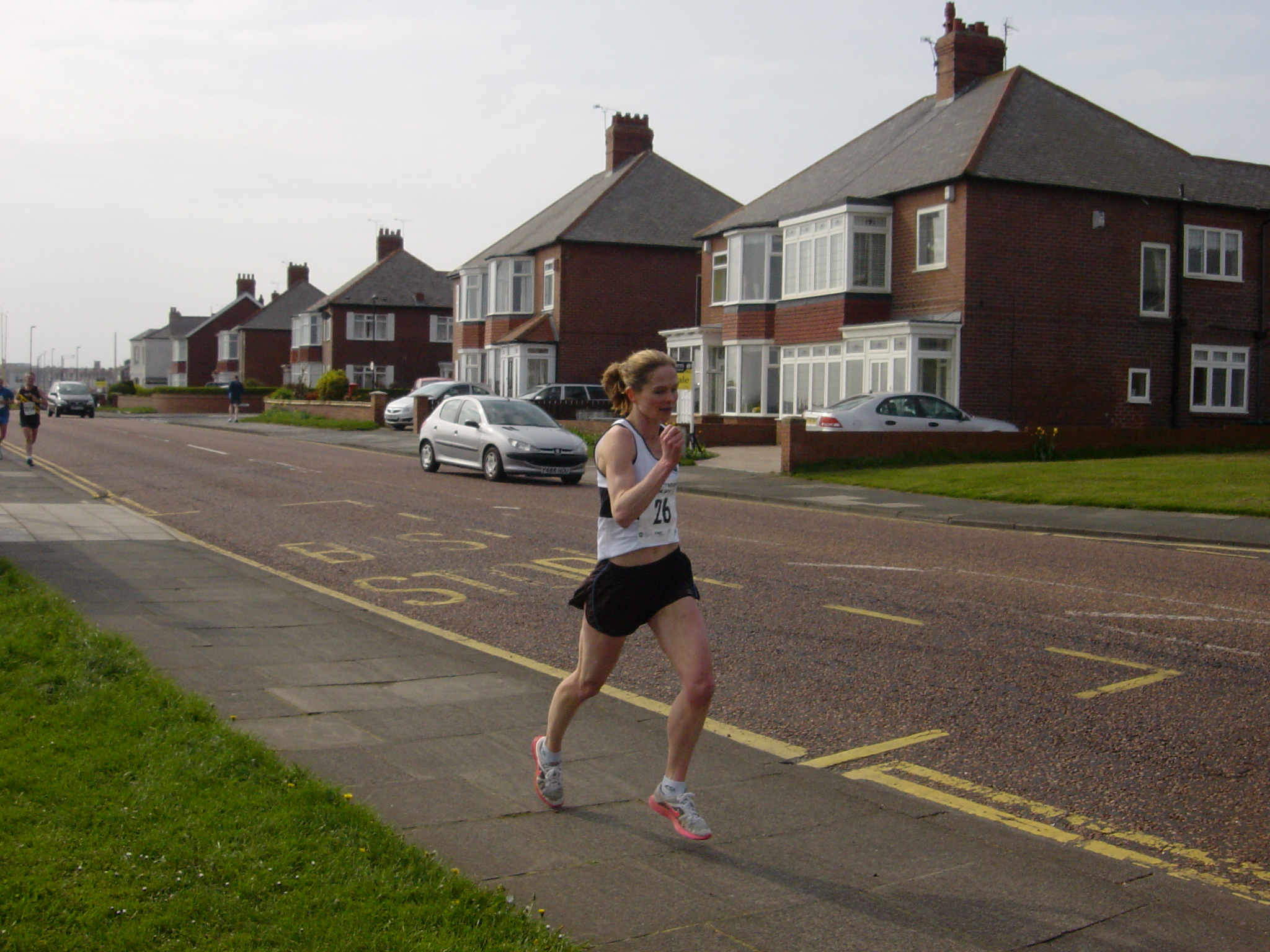 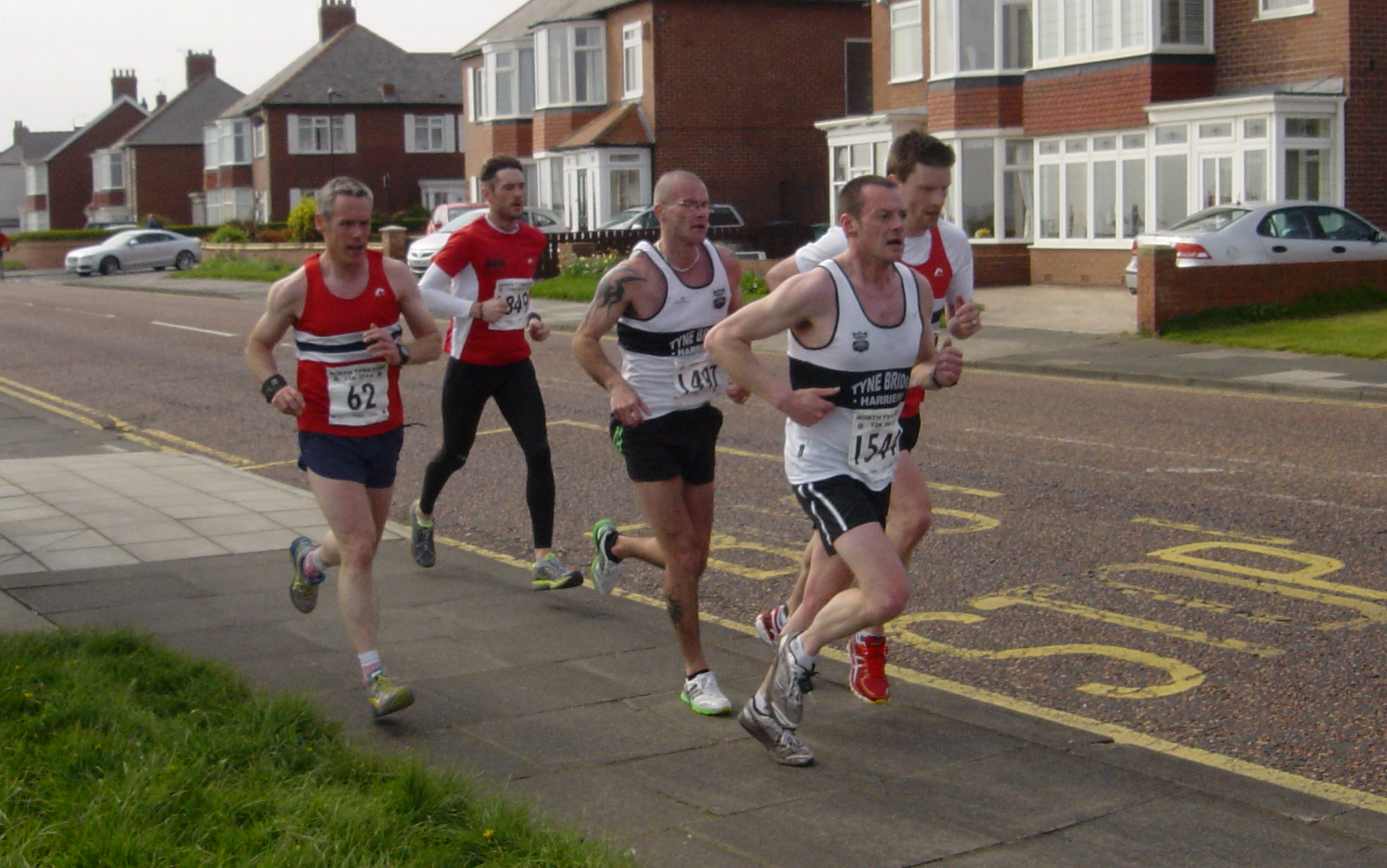 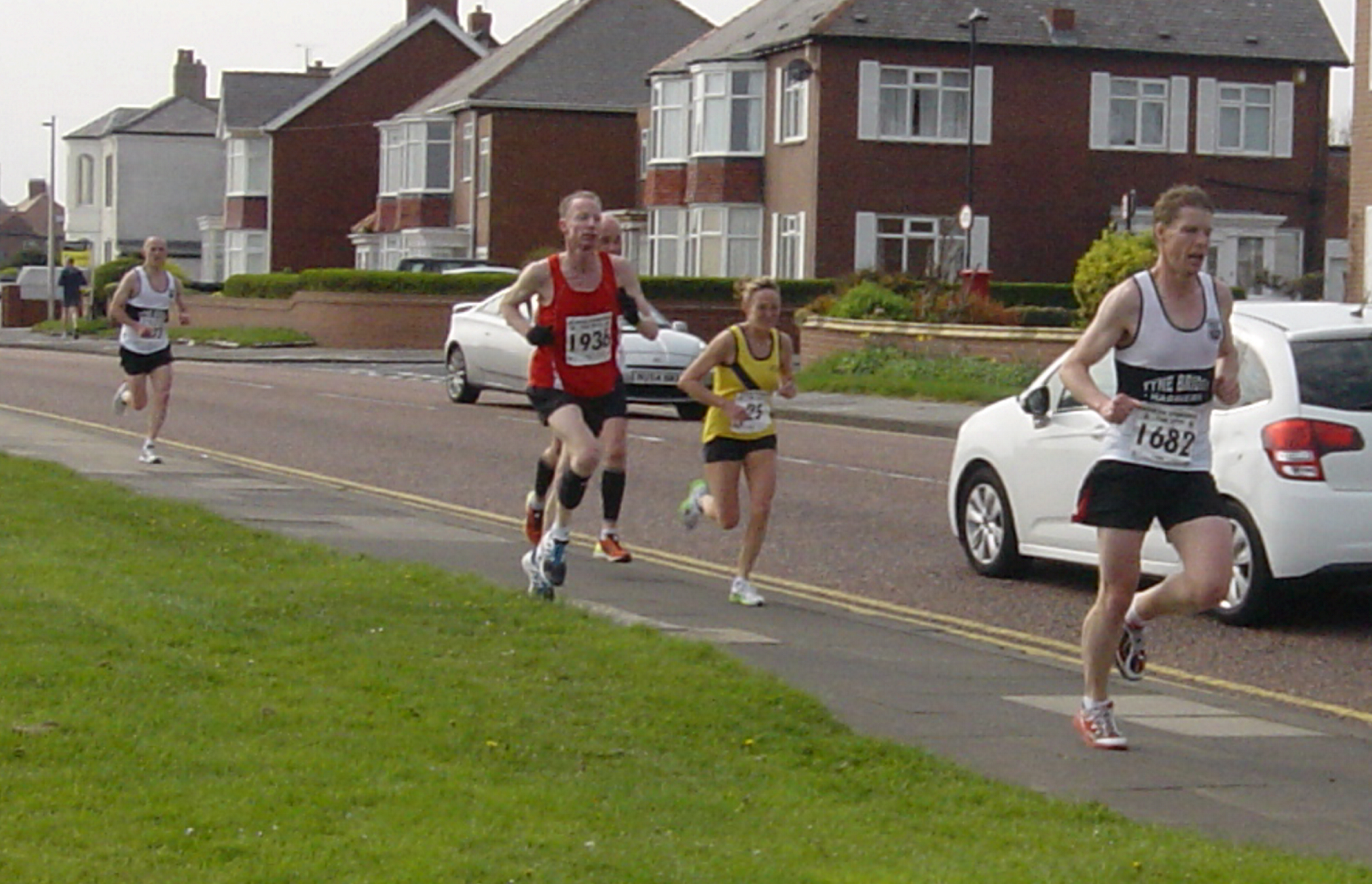 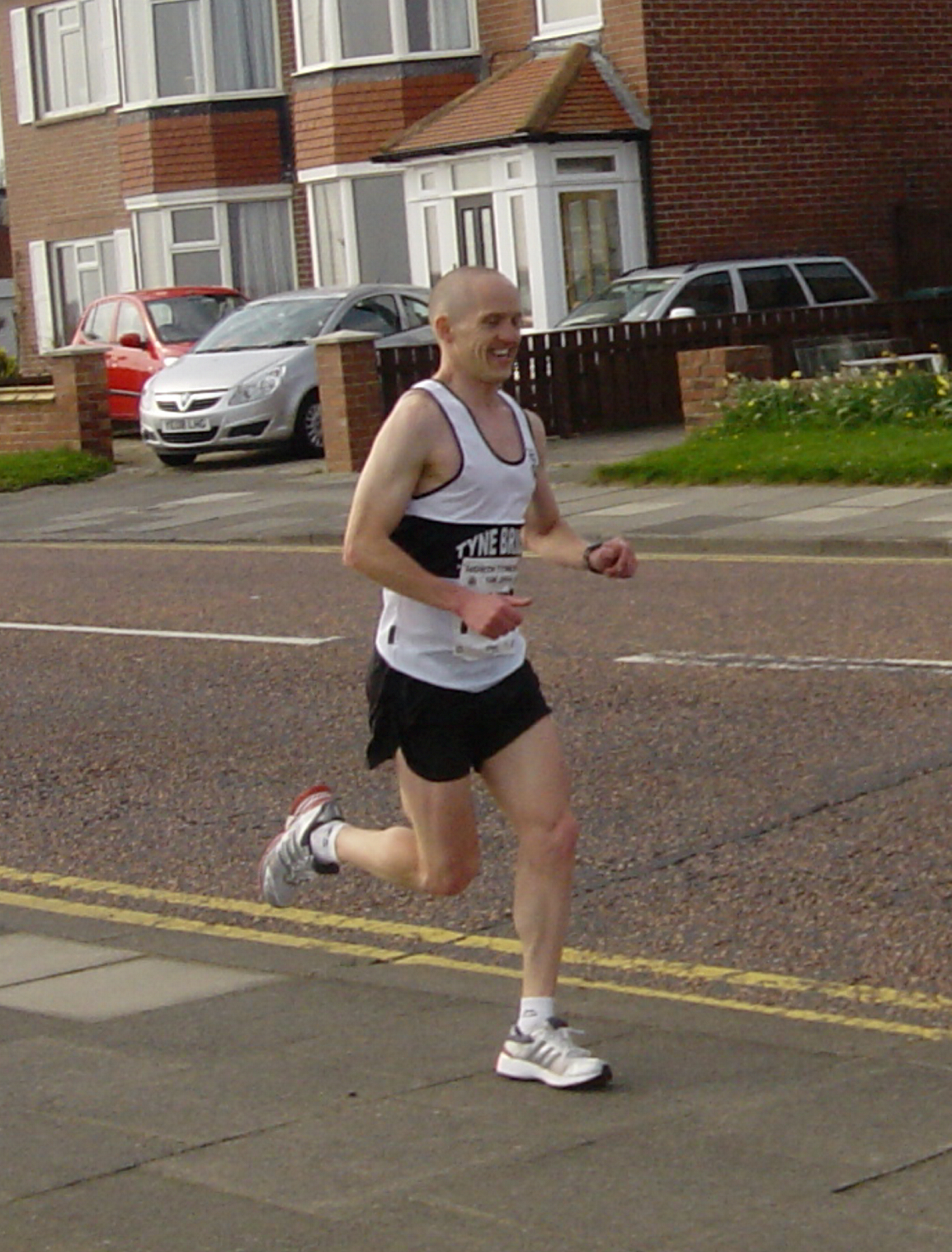 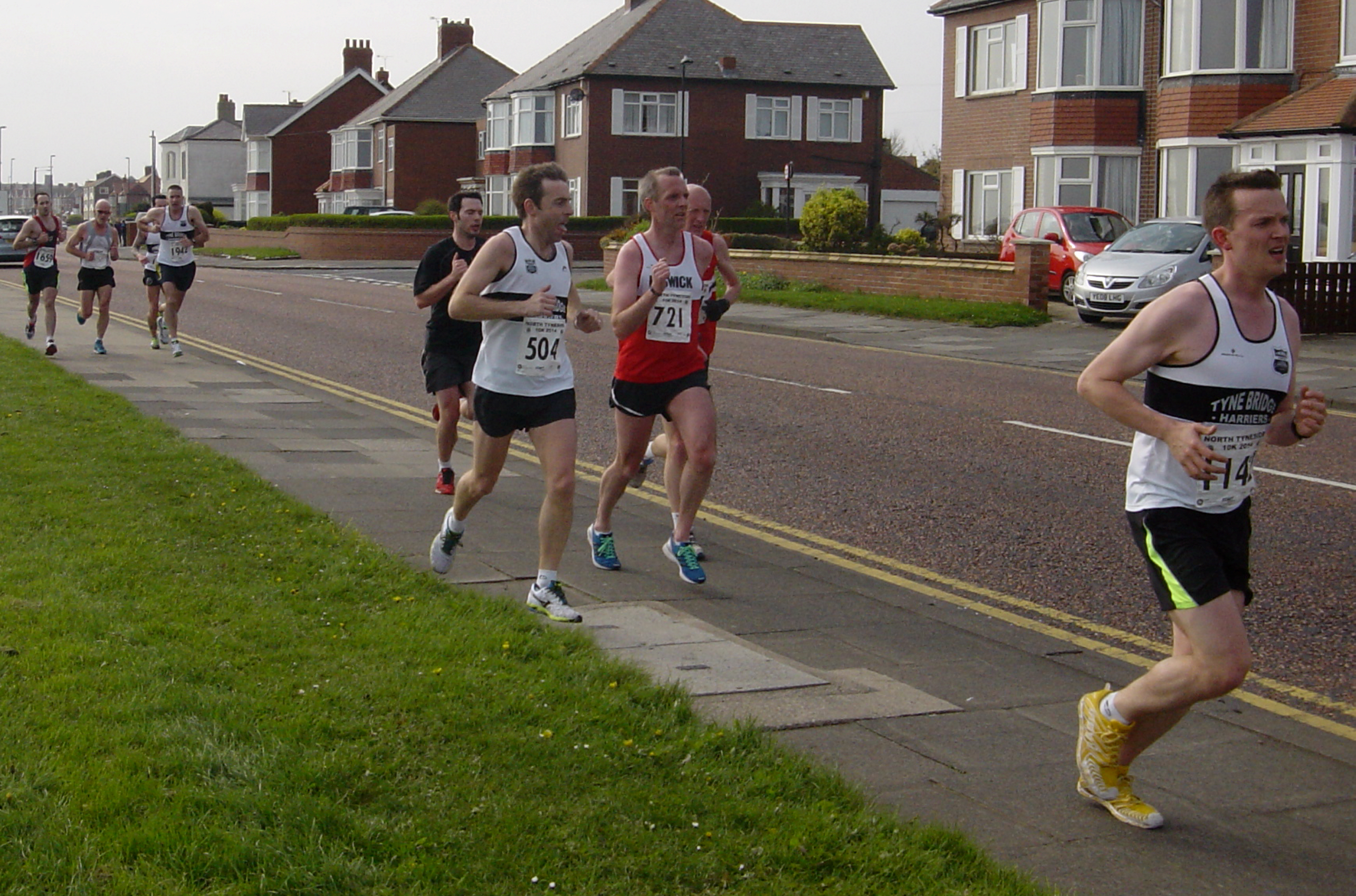 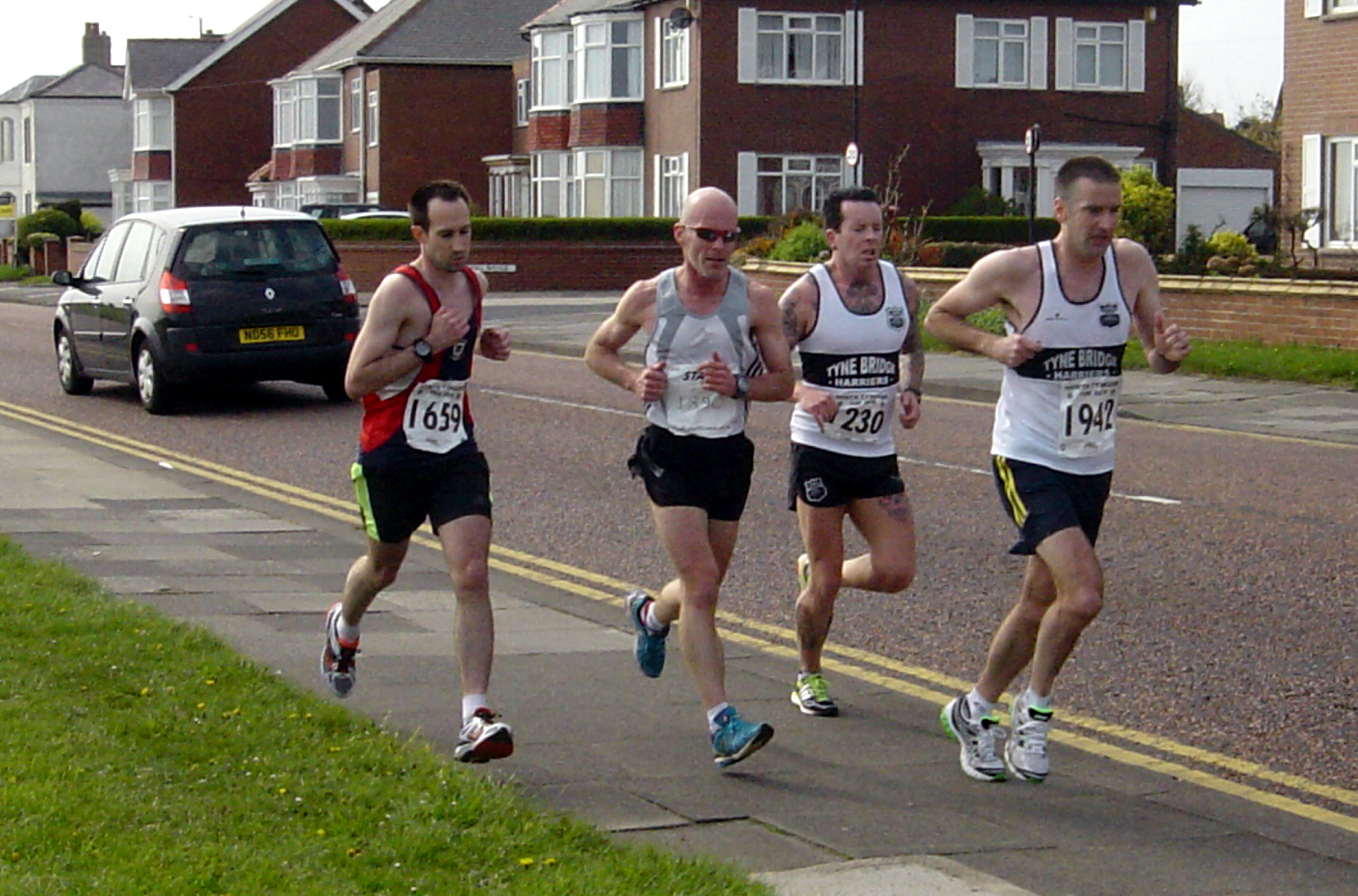 more photographs can be found on the FB page