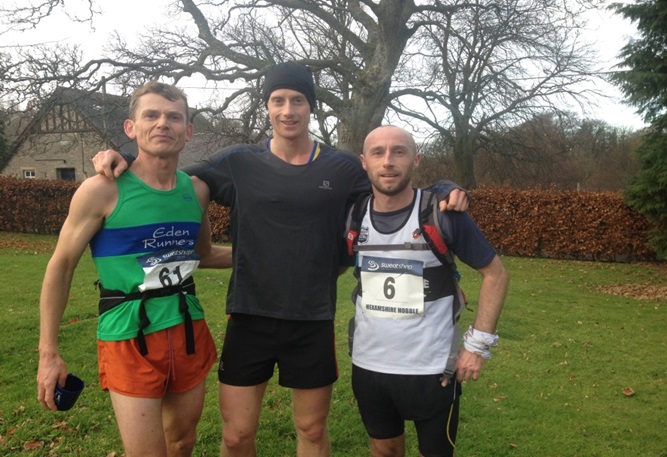 For David Beech at the moment the weekend means only one thing, a fell race. And luckily for us that means another smashing race report. [Word of warning though, don’t continue reading if you’re busy eating].

This year had a great attendance, due to the 20th anniversary of the event. The Hobble was created 20 years ago in memory of Angus Tait, a local fell running legend, who was successful on the fells as well as roads. The race route is a great introduction to fell running for beginners, with a mix of road, track, fells and good hills, giving all styles a chance to shine, and a reasonable distance of 16.8km/376m ascent. 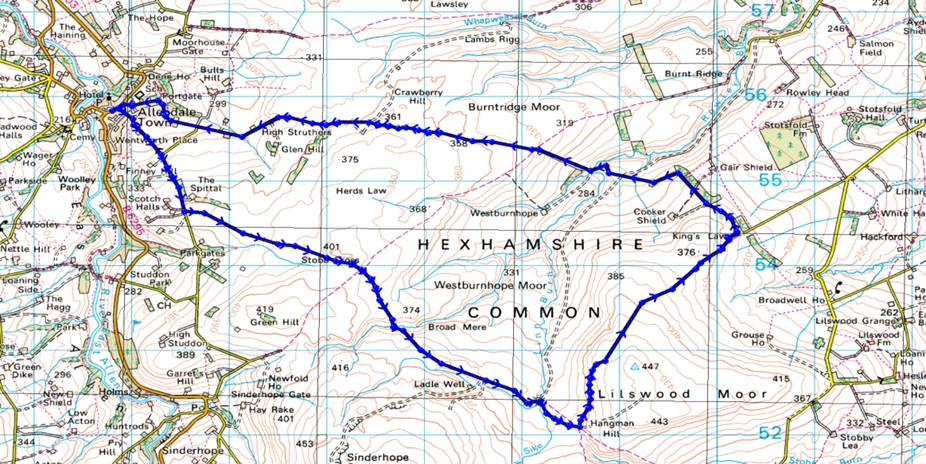 I was in Allendale early as usual, and followed my pre-race routine, checking out conditions along the route, it looked like much better conditions from last year and I sensed a fast time, I was secretly thinking I would have a chance of winning today, as some recent results have gone my way, and I felt that I could beat any North East based runner on this course in these conditions.

My new local nemesis, Andy Blackett (Durham Fell Runners) was present; he has won the event the last 2 years running, and is running well with good performances in a recent fell races. I competed last year in this event, and was fairly new to running and the fells, I managed 3rd place, and posted a reasonable time, however, my aim today was to win and beat my time from last year, which I felt would get me a win. 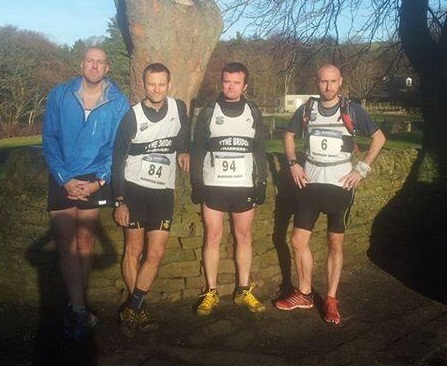 As you can see from my proud stance in the image, I was raring to go and get the race underway, it was then I saw a few running colours on vests that didn’t seem to be local, and a few reminded me of my Kendal Mountain Festival Race, hmmmm…. Some Lakeland clubs were present today. Then whisperings starterd “Ricky Lightfoot is racing”. Just my luck I thought, I’m feeling good and fit and the recent Gold medallist from the IAU Trail World Champs turns up. A Team Salomon sponsored athlete, Ricky has a host of course records and great results in all the top fell races and the course record would be on the cards today, however, I still had a secret urge to try and win, “why not” I thought, he may get lost…

The race started fast, with me going out in the lead, Ricky behind me and Andy Blackett just on the back of us, it was a fast pace and up a very steep hill, I started to feel a deep pain in my lungs and stomach and then I actually threw up in my own mouth, wary of letting anyone know I was struggling I decided to swallow this nutritious fluid, not very nice at all. We all settled into a pack, then Ricky came into his own and strided out, opening a fairly large lead up, I tried to hang on, but the trails and fells just seemed to open up between us. Behind me a group of Keswick, and other Lakeland runners were waiting to pounce, but lessons learned more recently came into play and reminded to just keep running, and running hard for as long as you can.

Ricky was now a distant dot on the horizon, and me not being one to ever give in, it was obvious the race was on for 2nd and 3rd place, a group of us now formed, me, Kieran Hodgson (Eden Runners) and Phil Winskill (Keswick AC), we settled into the trails but maintained a good pace, I had a feeling I was going to improve on last years’ time if I stuck at it, and decided to see how things would develop. A good solid trail appeared and I let my intentions known, going from 4th to 2nd over a fast mile, just before a tough hill section, it’s on these sections you can see the difference from a seasoned fell runner and me, both guys went flying past and put a good distance on me. But… I knew the fells so turned to trail then road, so I had to hang on, I could see both looking back to see where is was, a bad move, as I knew they must be struggling, I dug deep and found that extra strength, telling myself run hard and catch them, then you can rest a bit (knowing that I’m lying to myself as ill only tell myself to run hard once im there). I moved into 3rd place and felt the Keswick runner drop away, my sights set on 2nd place, I went hard for the last 2 miles, and set 5 min 14 secs for 2nd to last mile, I was closing in and had a kick left to use. Then… two local girls who were on a megaphone, shouted out “he’s coming, 3rd place is catching you”, noooooo ssssshhhhh, I’m sneaking up, 2nd place snapped his head round, panic etched across his features, and off he went, head down and sprinting the last 300m. 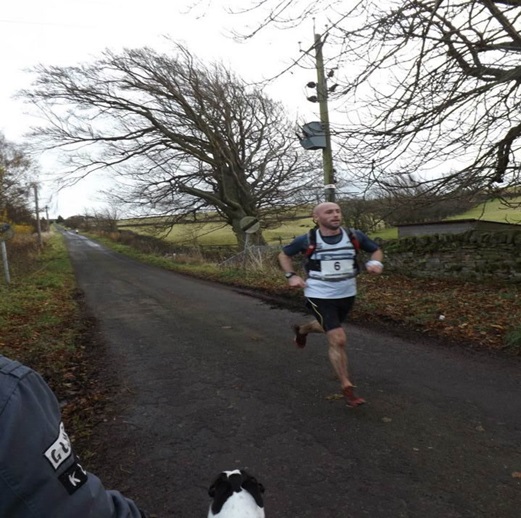 Checking my watch I surprised to see that I had beat my time from last year by over 5 minutes, and would of won the last 4 years events with that time, I was happy with first home from all the North East clubs, and it was a superb experience racing against Ricky and the other Lakeland fell runners. Well done to all who competed,

Well done to all who competed, Results can be found here:

Today’s Race Lesson Was: “If another competitor is a world champ then they may beat you, but go hard or go home”

Permanent link to this article: https://www.tynebridgeharriers.com/2013/12/04/hexhamshire-hobble-2013-race-report/