Waking up to several inches of snow on the Saturday morning, didn’t bode well for the days racing ahead, but luckily it all seemed to have fallen in Newcastle City Centre. In Sunderland however, a thaw had taken place, producing (I keep saying it this year) the worst conditions I’ve ever ran in. It’s been a complete contrast to last year’s completely dry winter (which I also moaned about at the time). 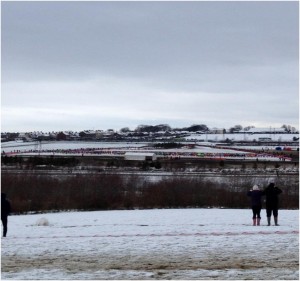 Because of the weather, I had relented and decided to bring tea and coffee (after threatening not to) and we had agreed to take the tent there for Micky, who had planned a bike ride that morning. Anyhow, David Appleby (and his annoying cough – which prevented him from racing) navigated us (including Simon Pryde & John Tollit who I had picked up on the way) to a nearby estate in Herrington, so it was a short walk with the pack horses (SP & JT) over to the swamp that we were expected to pitch the tent in. Mud became a bit of a theme for the day.

Incredibly, the race organisers allowed all the other races to go off before ours, so just for a change, the ladies got to cut the course up a bit before the men headed out on it. 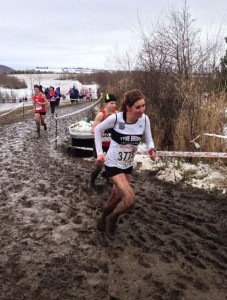 We had very strong performances from Sophie Marr, Lisa Walker, and Natalie Ohlson showing what our ladies section is all about, but a little disappointing not to be able to close a team of 4. Results for the ladies are :-

The men were a little thin on the ground also for this one, with injury, last minute cancellations and dare I say it, the weather taking it’s toll on the number of runners we had toeing the line. Having looked at the course in disbelief, we decided not to go round too much before hand as it would only have depressed us.

Leaving it to the very last minute, we headed to our pen and packed together just behind the eventual winners, Morpeth Harriers. After an exchange of a few pleasantries, the gun went and the cavalry charge began, 1100 runners all trying to get to the first turn in a good position, and I dread to think what would happen if anyone went down at that point. 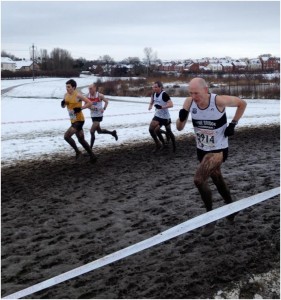 Everyone made it to the first turn unscathed and turned into what I assumed was the worst section of the whole race, ankle deep, thick, cloying mud that sapped your strength and pulled at your spikes. I remember thinking at the time, thank God we only do this bit once, but then we pulled onto the main loop of the course that we were going to do 3 times into what I can only describe as something resembling The Somme. This kept up for the full lap, with only one section of about 100m being anywhere near reasonable to run on. 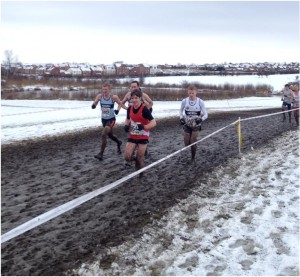 The mud was relentless, and by the end of the third lap, I was very glad to get sent towards the finish line, attempting to pick my speed up for the run in, but failing miserably. I did spot Tony Carter who was somehow spectating at the finish, and assumed he’d had yet another brilliant run and finished 10 minutes ahead, but unfortunately injury had struck and he had been forced to pull out.

I then headed back to the tent to find Rob Clark there tucking into the remnants of the Chocolate Caramel, Appleby had left for us, realising how glad I was that I’d brought the tea and coffee. 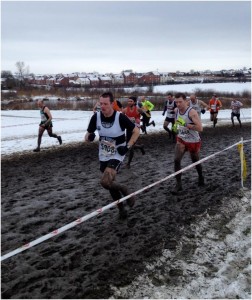 Men’s results were as follows :-

So there we were, no sign of the ladies, people getting away as quickly as possible, we were freezing, covered in mud and knackered with the prospect of what seemed like a much longer walk, carrying a load of gear . There is no better way to spend a Saturday afternoon IMHO

Micky – sorry forgot to say, the tent is still in a field in Sunderland somewhere, if you could pick it up in time for Alnwick, than that would be great, and remember, this is a public forum before posting any sort of response – I thank you!!

Many thanks to David Appleby for the photographs from Saturday’s event. 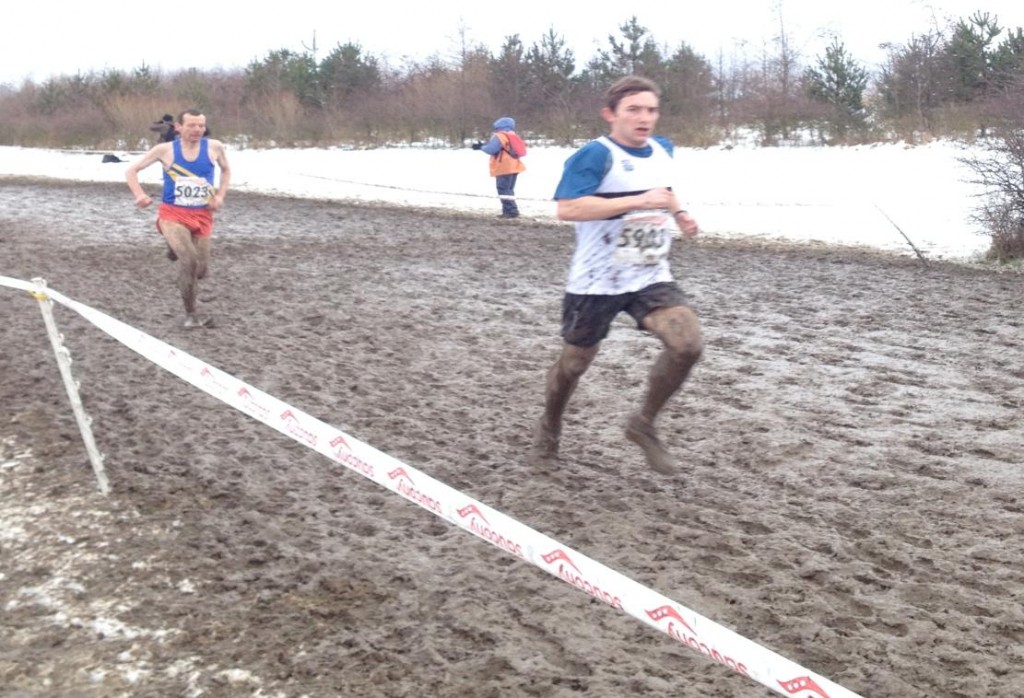 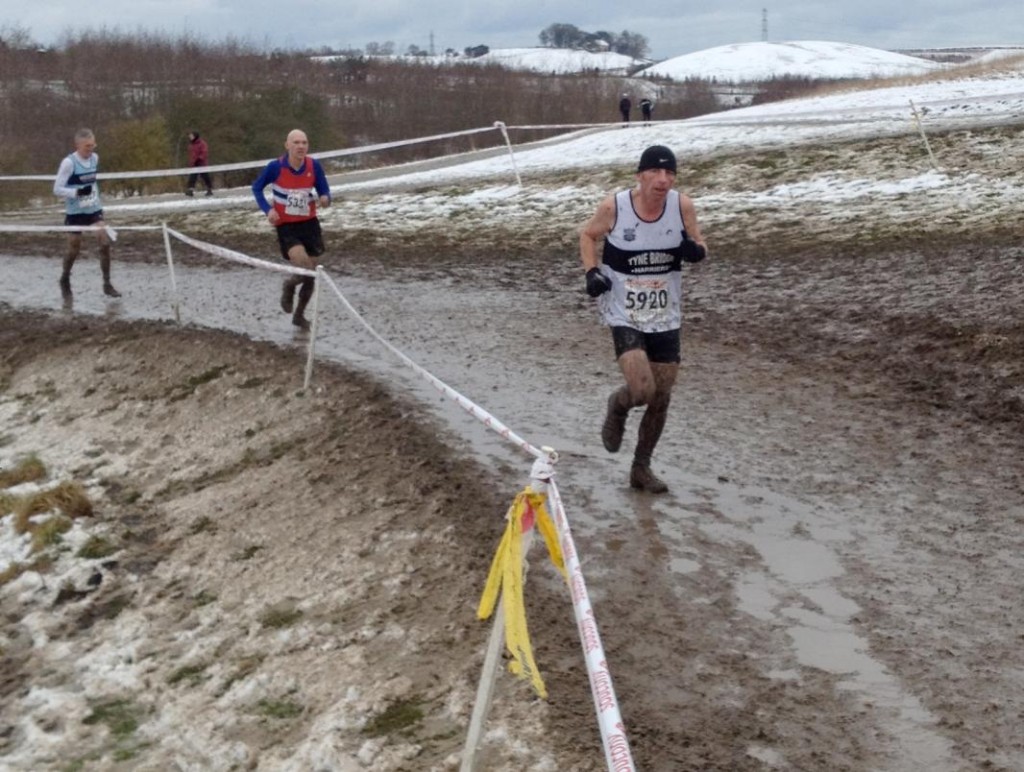 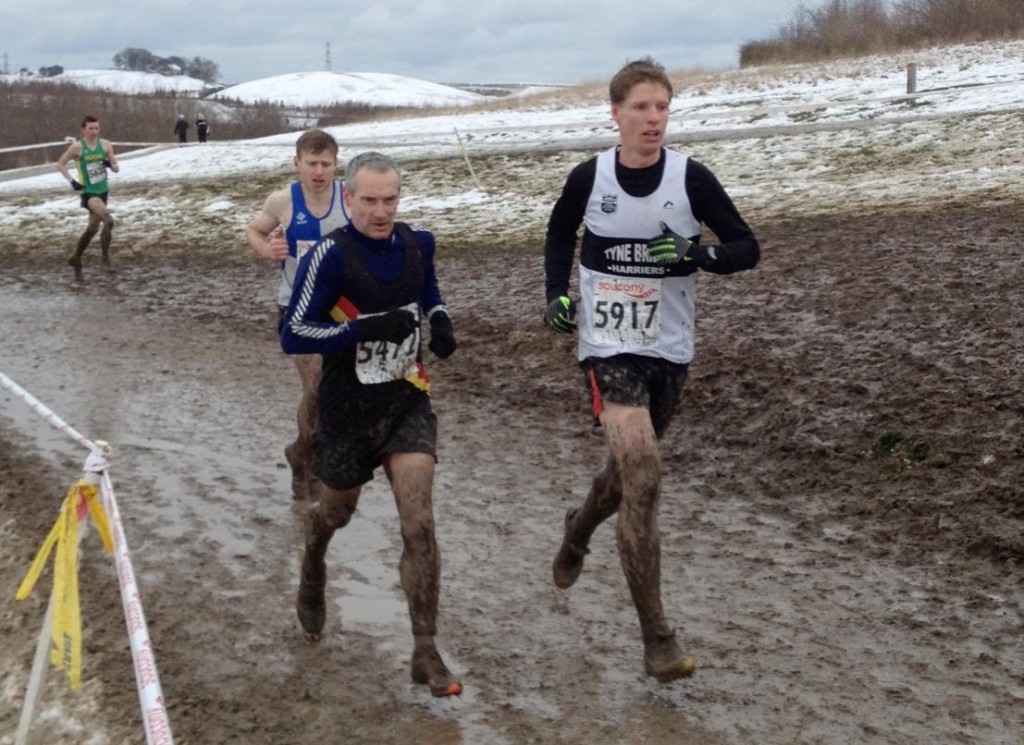 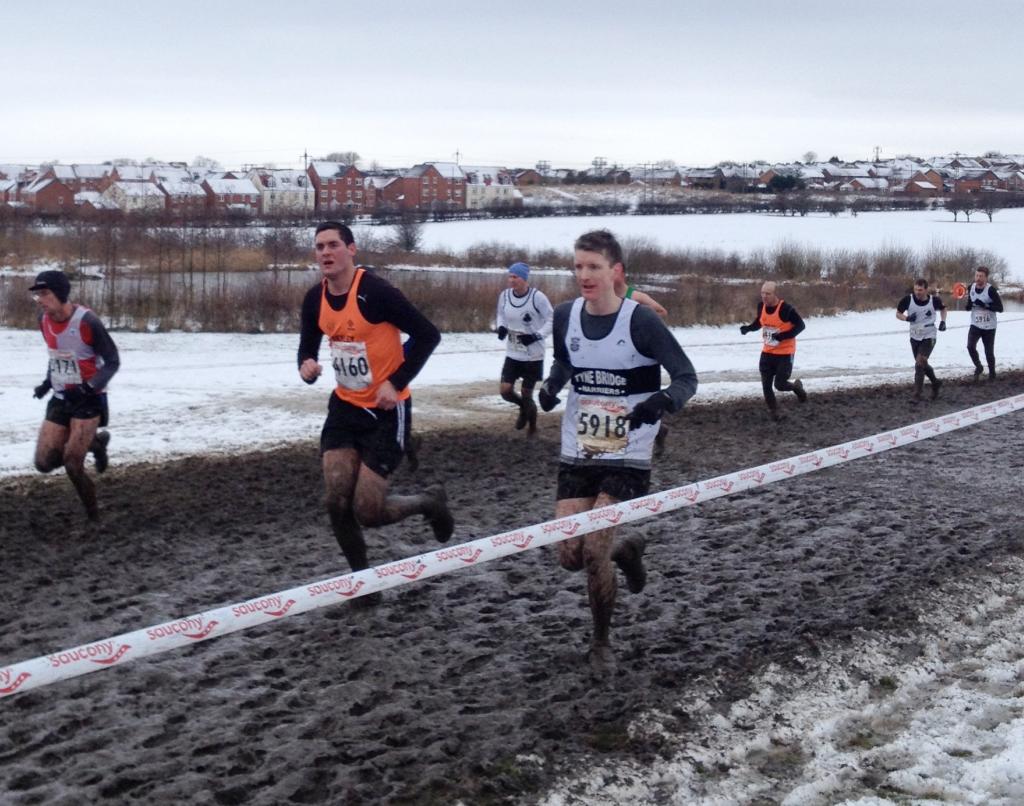 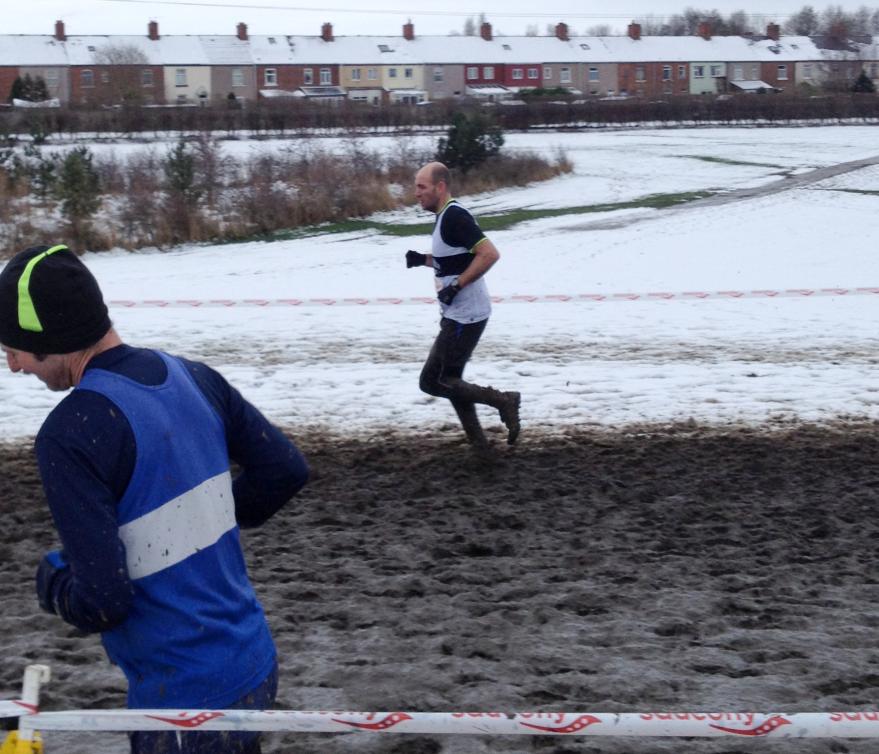 Permanent link to this article: https://www.tynebridgeharriers.com/2013/02/25/english-national-cross-country-championships-2013-report/