Continuing our series of GNR memories, we have this one from 1991. Take it away Stu Dickson..

My first Great North Run was 21 years ago so my memory of the event has slightly faded, but as I was a young ‘whip snapper of a lad’!!! I can remember being quite confident and thinking this running malarkey and the GNR looks easy, how wrong I was.

I can remember doing some training upto the day of the North Run, although it probably was a few short runs at the weekend a few months before the big day!

Having not ran or done any kind of exercise since leaving school in the intervening years my time had been taken up with exams, drinking and girls but not in any particular order, so thinking back I cannot remember why I decided to do the race although there were a couple of my work colleagues who had done it a few times and talked about the great atmosphere the T-shirt and medal at the end.

So as you can guess when the day of the Great North Run arrived my preparations had  been inadequate. The entry qualifications required filling in the application printed in the Journal newspaper (well before t-internet), Running numbers dished out did not really correspond to your starting place and there where no holding pens depending on your estimated finishing time, so a bit of a free for all at the start! When the Gun went I was off, although i think it did take about 10 mins to cross the start line, like now but of course no chip timing in 1991!

Also like now, I went off too fast (will I ever learn), and my work colleagues were right, the atmosphere all along the route was fantastic, especially running over the Tyne Bridge. I think I must have felt comfortable up to Felling Bypass and Gateshead Stadium, what pace I was doing I have no idea! but after that it was total hell!! I am sure I must of taken on water at every water stop and also stopped to walk a few times as well, this was finally shown in my finishing time of approx 2hrs 40mins, crossing the line I vowed never to do it again. Because at the time GNR was sponsored by a large American soft drink company (two words both beginning with c) we were given a bottle of it after crossing the finishing line, and being young and stupid i drank the whole bottle and was promptly sick! I thought to myself I am definitely not doing this again!

So my first Great North Run was a unforgettable experience for all the wrong reasons and apart from the atmosphere not one I wanted to repeat, and for quite a few years after that I stuck to my word watching it in on the TV and NOT thinking that it was easy, That was until 5 years ago when I decided I was going to give it another go, but this time prepare properly (older but maybe not wiser), realising like anything in life you only get out what your prepared to put in.

This year will be my fifth Great North Run including that 1991 race, and unlike 21 years ago I have enjoyed every one.  The atmosphere seems even better and the organisation is now spot on (with the help of modern technology). So here’s looking forward to next Sunday and fellow GNR’s.. OGGY OGGY OGGY. 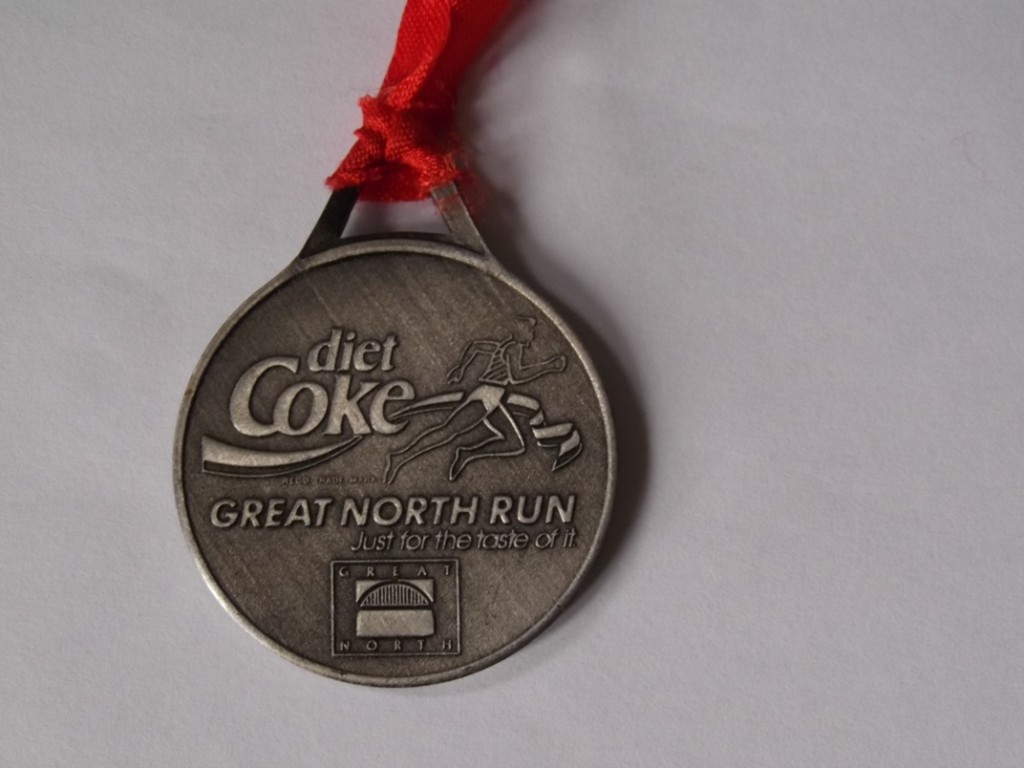 Finishers medal from the 1991 GNR 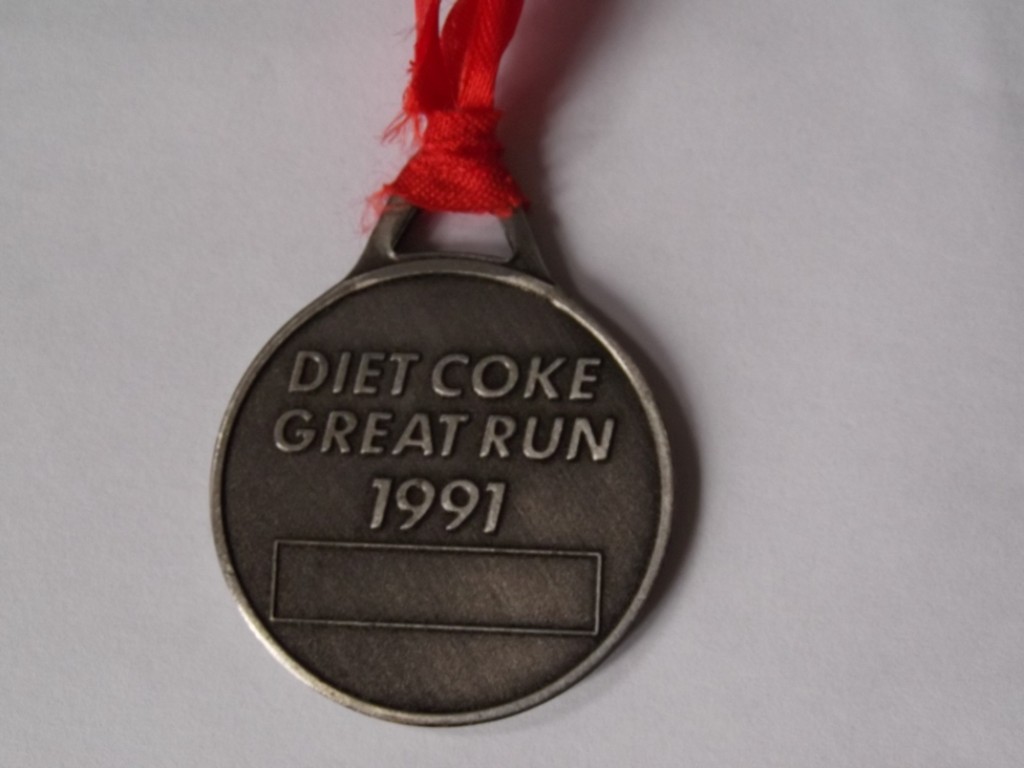 Permanent link to this article: https://www.tynebridgeharriers.com/2012/09/09/great-north-run-memories-2/