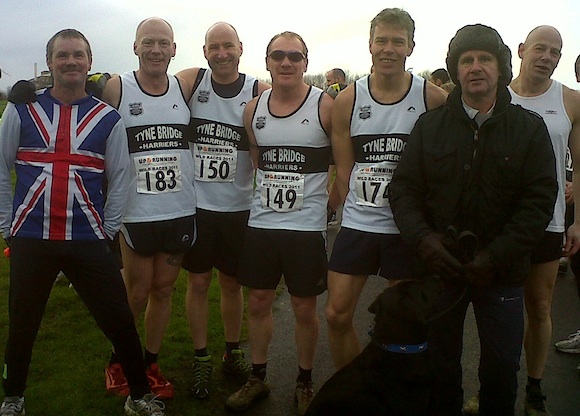 Tyne Bridge Harriers had 8 club athletes out on New Years Day to take on the Resolution Run. Its a two lap course mainly on grass which takes in both the hills on Newcastles Town Moor. The annual race is organised by Paramjeet Bhogal of Heaton Harriers and this year was sponsored by sports & fitness suppliers Up & Running in Gosforth.

This year there were a record number of 204 entrants with 200 finishers which raised over £2,000 split between both charities. 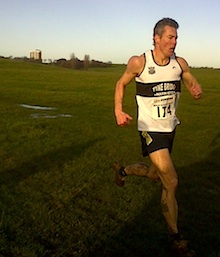 With so many entrants this year, there was a slight delay to the start as people got registered in the cold & crisp morning & after a short ‘fun run’ for the children supporters, the main pack got set away.

Conditions were ‘clarty’ underfoot for the 5.35 miles that was recorded by most GPS watches, and with the two hills on the Moor being ‘conquered’ twice it certainly blew away any cobwebs that any of the runners taking part may have had.

This years race was won by Phil Wylie of Bristol & West AC who recorded a superb time of 29:55. The women’s’ winner was Claire McManus from North Shields Poly in 38.27.

Huge thanks to the fantastic supporters of Tyne Bridge Harriers; Dave Embleton, Su Kirtley & Dave Anderson with Robbie the Dog who turned out to cheer & bark us on.

Full results can be downloaded HERE

Permanent link to this article: https://www.tynebridgeharriers.com/2012/01/04/resolution-run-2012-results/