The TBH Junior‘s held their annual Sports Day on Wednesday evening [22nd July] and one of the club’s most promising athletes, Katherine Bird, writes this report.

It was a windy evening when it started. We were in a rush to get to sports day in time because Lauren – my sister – had not prepared her water bottle so we were nearly late for the warm up. Luckily, when it started we were ready to do it. We were split into groups called 1,2,3 and 4. Lauren was in group 4 and I was in group 3. 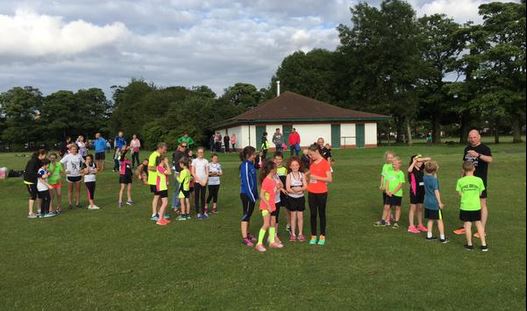 Juniors get into their groups 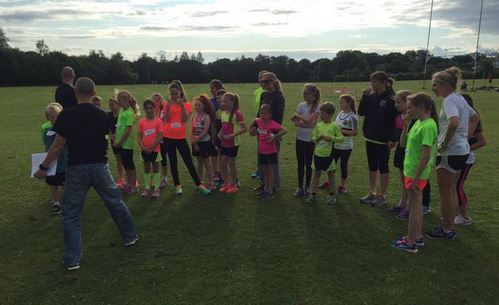 DD explains the rules: no cheating by cutting corners and no blocking other runners. “Morag, are you listening?”

The first activity was an obstacle relay race where we had to crawl under some pink tape which was fun for us but not for Nicola. Second, 4 people had to balance on a bouncy thing while other people had to pile up things in their hands. It was not that hard to do (I know because I did it!) 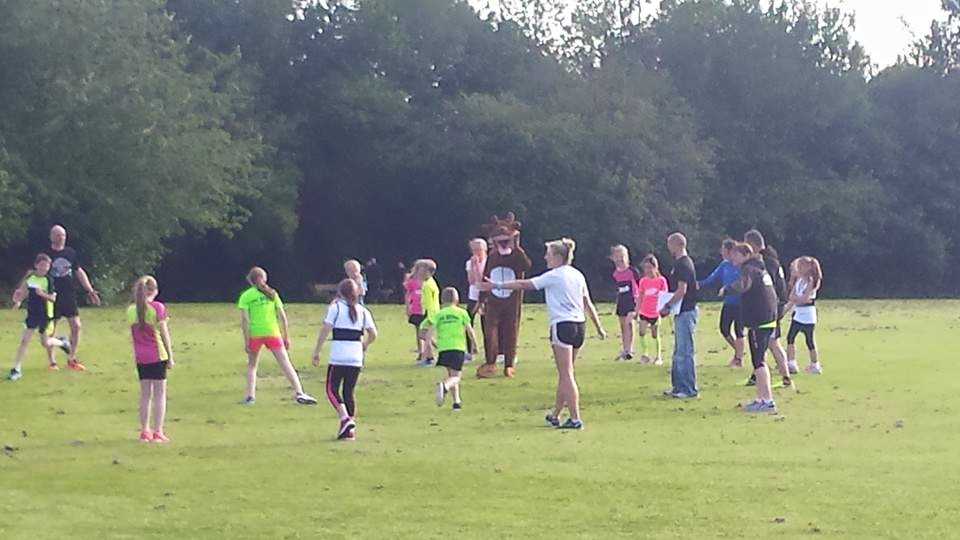 Special Guest: Robbie the reindeer (or was it Moir the Moose?)

Finally we had an obstacle course again but this time the grown-ups joined in.

Then we had GOODY BAGS AND CAKE!!!

Thank you very much to everyone who helped make such a fun sports day. 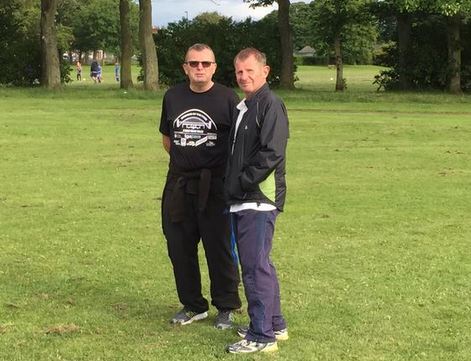 “If yer names not on the start list, yer not coming in!”

Permanent link to this article: https://www.tynebridgeharriers.com/juniors/tbh-juniors-sports-day-race-report/