Although it was bitterly cold in the morning, by the time the first race got underway, temperatures had risen so high that some people were walking around in short sleeved tops.

First up for the club was Jake, competing in the U11 Boys race and finishing in a creditable 45th position. 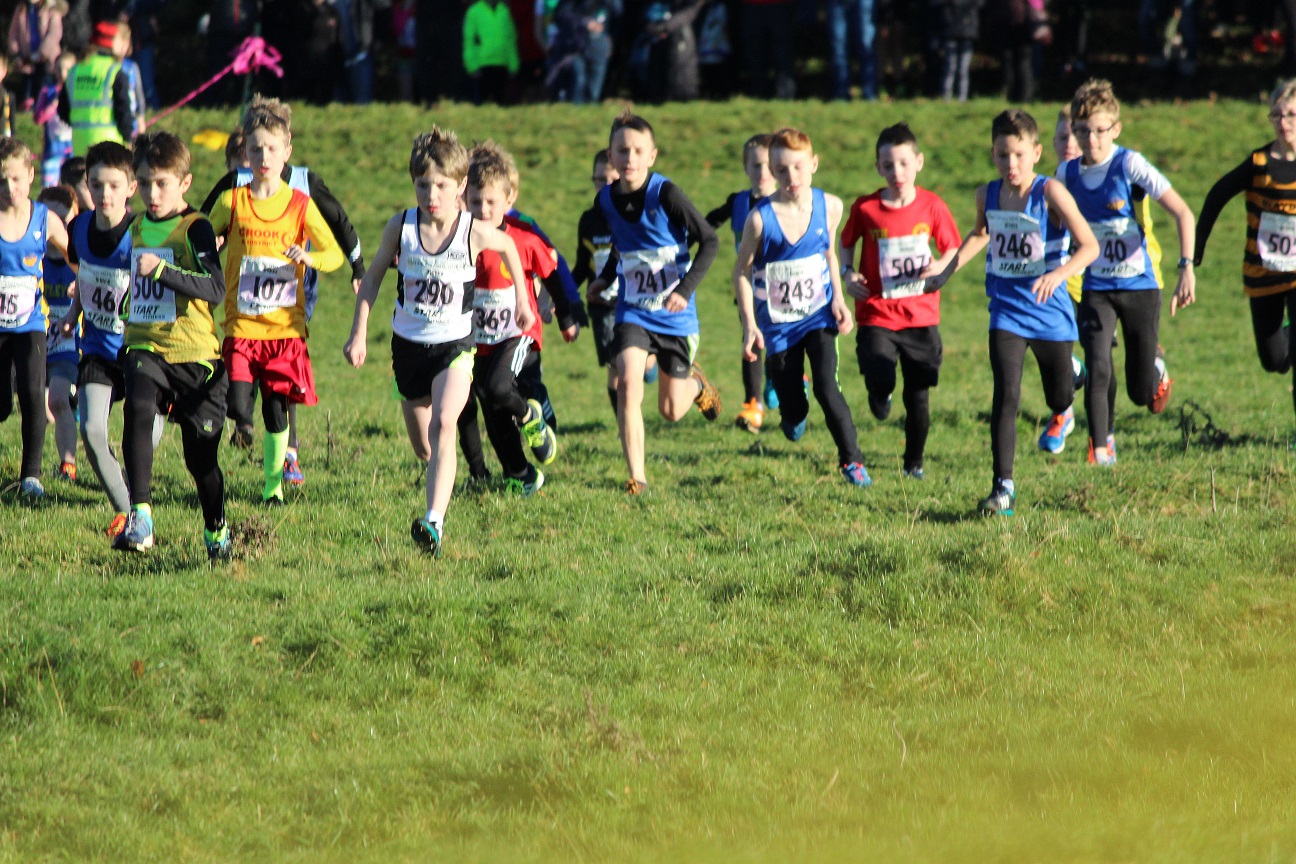 Start of the U11 Boys race 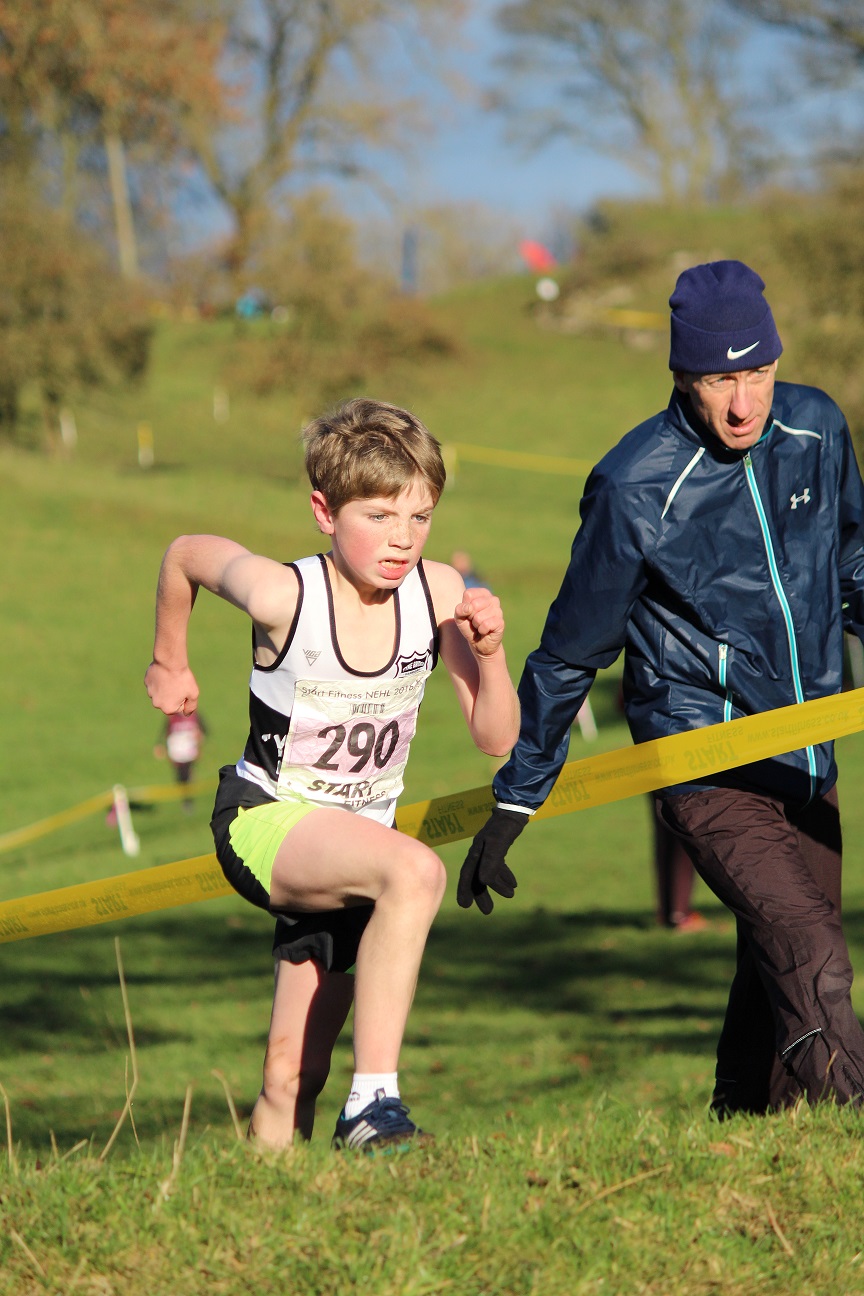 Next up for Tyne Bridge Juniors was Katherine, who finished 39th in the U11 Girls event.

Katherine’s Sister Lauren went in the U13 Girls race, finishing in 48th position, and finally we had Finlay, running in the U15 Boys race. Finlay came home in 13th position.

Well done to everyone who represented the TBH Juniors, especially Jake and Katherine who had to run on a frosty, rock-hard surface in their race.

The next cross-country fixture is the North Eastern Championships in two weeks time, at Durham (Saturday, 10th December).

Permanent link to this article: https://www.tynebridgeharriers.com/juniors/cross-country-thornley-hall-farm/