Marathon of the North 2012 – Race Report

It was an inauspicious start to Sunday. Woke up with a nagging pain in my upper back. It would be far more impressive if it had come from extensive training and exercise but the reality was it was had been caused by lying awkwardly on the settee on Saturday night catching up on several  episodes of The Bridge (still not sure about this, think The Killing has the edge). Still, having fully prepared for the Sunderland 10km by entering it a whole 5 days previously and Sue having made arrangements for her children, there was no turning back.

Set off with Sue on the metro, with runners joining all the way along the route to sunny Sunderland. Bumped into Danielle Rutherford and Andy Lisle on the train. Danielle was in a state of nervous anticipation which only seemed to get worse as we crossed the river Tyne. I assumed it was some reaction to knowing the next river she would cross would be the Wear. No, she advised me, it was the far more rational belief that whilst travelling across the bridge it was obviously going to collapse and/or the train come off the tracks and fall into the river that was causing her to hold her head in her hands. Fortunately neither happened and the rest of the journey progressed without event.  Alarmingly, somewhere along the line a marathon runner joined our train which was due in to Sunderland at 9.10 – the marathon starting at 9.15 – excellent pre- race preparation we all thought.

We arrived at the Stadium of Light station only to be welcomed by Nexus finest ticket inspectors. Presumably rather than being pleased that a load more people were using the metro then usual (and, as is the case with many major events, allowing free travel to and from the event) they were there to check everyone’s ticket hoping for rich pickings in fixed penalties.  Us honest TBHers were all ticketed up so made our way without arrest over to the Stadium just in time to see the marathon get going and to witness all of the TBH competitors pass through the start. I shuddered at the very thought of what the rest of their race held for them.

Now I appreciate that a trip to the Stadium of Light (or Sunderland in general) is met with a variety of emotions for many from this side of the river Tyne . I however am really really fortunate having had the unremitting pleasure of working in Sunderland for a number of years. The net result is that I am well practiced in crossing into this foreign land and can now do it without any special preparations.  I have also occasionally even been treated to a trip to the Stadium of Light to watch some wonderful football – the Sunderland v Barrow cup game was a particular New Years’ highlight a couple of years back which no doubt Vikki and John will remember with the same warm heart as I do. My cup really does run over. Anyway, back to Sunday, my only real concern about the venue was that the route went virtually past my office on two occasions and I’m never too keen on being reminded of my working commitments on a Sunday.

Having seen the marathoners get on their way Sue had the unenviable task of applying deep heat (thanks to Andy Lisle for the loan of that) to my increasingly painful back and neck. The angry red reaction to that which spread right up my neck and face was quite impressive and very attractive. Bags were dropped off in the secure baggage drop in the stadium concourse –  it would have taken a crack team to get their mitts on any of those bags – they would literally have had to walk through the open doorways into the concourse, up to the unstaffed, open pens and pick them up. No chance anyone was ever going to manage that.

Brief chat with Ron, Rob and Anji who were all there and then Danielle had us warming up. Something of an alien concept to me and Sue but apparently worth a go so we did what we were told as did Graham Smith who had joined us by then.

We were requested to move to the start area shortly before 10. Andy made his intentions clear and moved up the group. Danielle, Sue, Graham and I remained hovering middle to rear and certainly I didn’t see any others from TBH who would have been up ahead of us as I repeatedly tied and untied my laces in an attempt to get them just right (in my mind that was surely going to make a real difference). The sun was shining, the aroma of deep heat was spreading through the air; we were ready to go. A bit of chat about race plans. All 4 of us were clear we were aiming for anything under an hour – a steady chorus of “59.59 will do me” was heard just before the off (remember we are in Group 5). Graham suggested we all followed him as that was the sort of time that he was aiming for. Glad I didn’t fall for that one – he was last seen 100 yards after start line sprinting off and then next on Facebook with a pint in hand having finished in fantastic new PB of 52.38.

There was a slightly staggered start. As soon as we crossed the start line it was clear that there had been a car incident. Bizarrely one was parked right in the middle of the road about 20 yards over the line. Apparently it was meant to be one of the lead cars and it had stalled. Who knows!

A brief up and down hill took us out of the Stadium and to a sharp right turn onto the road towards the Monkwearmouth Bridge  (it’s not the Tyne Bridge is it?…..or the Swing Bridge…….or the Millennium Bridge…..or the High Level Bridge……or even the Redheugh Bridge – in fact none of the Bridges of the Tyne soon to feature in the marvellous TBH 5 mile race). Anyway across the bridge into the city Centre and along to Mowbray Park. Whilst the park was a nice diversion , even at my speed there was a bit of a bottle neck here which was a shame. Out of the park and through the newly renovated (yes renovated) Sunniside area and back over the bridge. A right turn took us down to a riverside path along past the University and the Glass Centre and round to the Marina area. As with most of the run the sun was out down here but there was a bit of a breeze the further along the river we went and this was a nice section of the run. I did realise to my irritation at this stage that I had gone too fast (for me which is nothing compared to you fast runners but same effect) between about 1 and 2 ½ miles so endeavoured to slow down (how I have laughed over the Facebook debates about people trying to run slower). The reality of the situation was that I had little choice anyway since there were a series of little up hills and twists and turns coming up.

Through the marina and a short burst along the sea front and then up via a twisting route through Roker Park and out onto the sea front road. I had resolved not to look at my watch too much given the potential for disappointment. I guessed from memory of the run map there was about 2 miles to go. My legs hoped it was less. A right turn took us onto what felt like a never ending road back towards the Stadium.  Eventually a right turn back up towards the Stadium and back in the way we started. The good news was the last few hundred yards were a downhill then flat then downhill stretch which was nice. Even I felt I could stretch my legs out a bit here and experienced the unusual joy of overtaking a few people at this stage. The joy was short-lived as unfortunately I went a bit earlier than I should have done so it was a bit of a stop start “sprint” finish for me.

A last few twists and turns round the stadium and the finish line approached complete with the announcer pointing out that we were under an hour. Get in. I was chuffed to bits. Sue and Danielle came in shortly afterwards. Unfortunately they had just missed their one hour targets but I think PB’s for both anyway.  Andy and other TBHs were long finished by then.

On finishing we were moved along through the stadium to collect goodies, including a strange drink – coconut water and apple mint – Sue thought it was refreshing, I though it tasted like a very watered down bad cocktail. Happily the criminal underworld hadn’t broken the code to get at the bags and we were all reunited with them with everything intact. Off we went to the metro to return safely home to Tyneside.

I know there have been comments about the distance and that has understandably caused disappointment for people who may have got a PB had that not been the case. My watch had it at 6.35 miles. Believe me I have done the calculations but, thanks to some freakishly out of character run in Blyth, I couldn’t manage to create a PB out of this whatever I did. It was still a lot better than say 6 months ago (cheers TBH). Nonetheless I thought it was a great morning and a great race (even if it was in Sunderland) – sunshine (but not too much), bridges, parks, riverside paths, marina, sea front and a downhill finish.

Rob Kirtley was there recording events and, as ever, I managed to prove that it matters not how hard you try to casually smile and do a thumbs up there’s still a reasonable chance it won’t be a good look. Along with Rob, the run was punctuated by very welcome shouts from other TBH members who had taken the time to come along and spend their Sunday morning offering support and encouragement which was much appreciated.

Well done to all concerned and especially to those mad men and women who completed the marathon.

Day was finished off eating my body weight in Lebanese food (at the place on the roundabout at the top of Byker bank – highly recommended) and several lagers (now they were refreshing). Perfect. 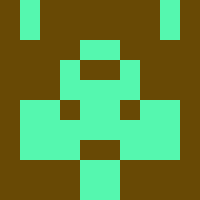